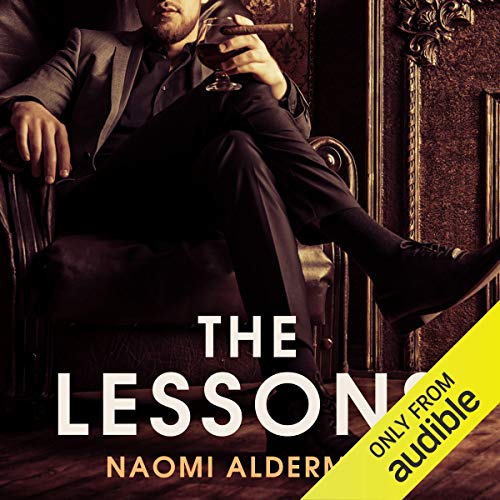 By: Naomi Alderman
Narrated by: Jot Davies
Try for $0.00

Naomi Alderman's The Lessons reflects the truth that the lessons life teaches often come too late.

Hidden away in an Oxford backstreet is a crumbling Georgian mansion, unknown to any but the few who possess keys to its unassuming front gate. Its owner is the mercurial, charismatic Mark Winters, whose rackety trust-fund upbringing has left him as troubled and unpredictable as he is wildly promiscuous.

Mark gathers around him an impressionable group of students: glamorous Emmanuella, who always has a new boyfriend in tow; Franny and Simon, best friends and occasional lovers; musician Jess, whose calm exterior hides passionate depths. And James, already damaged by Oxford and looking for a group to belong to.

For a time they live in a charmed world of learning and parties and love affairs. But university is no grounding for adult life, and when, years later, tragedy strikes, they are entirely unprepared.

Naomi Alderman grew up in the Orthodox Jewish community in Northwest London. Her first novel, Disobedience, was published in 10 languages and won the Orange Award for New Writers and the Sunday Times Young Writer of the Year prize. Like her second novel, The Lessons, it was broadcast as Radio 4's Book at Bedtime. She is a frequent radio broadcaster, and she is a regular contributor to several publications, including the Guardian and Prospect. She lives in London.

What listeners say about The Lessons

Where has this book been hiding?

Would you consider the audio edition of The Lessons to be better than the print version?

I read about it on an Audie page. The performance is great, I am going to look up books by Jot Davies. And, the writing is top rate. The wording just tickles me, only way to describe it. I find myself in the car, listening and nodding at a great turn of phrase read by the brilliant Jot Davies.

just didn't care for it. I found it a bit boring and without meaning.

Where does The Lessons rank among all the audiobooks you’ve listened to so far?

Very highly. It is an example of a book that I've enjoyed more as an audio than as a print book. The performance really brought it to life.

What other book might you compare The Lessons to, and why?

There is a range of semi-autobiographical books by contemporary authors, especially Jewish authors, available at the moment.

No. I enjoyed absorbing the characters over a period of time.

Learning the habits of liberty - the story of a lost soul

This audiobook haunted me in its final chapters. In the beginning, there was a slow and uncomfortable recognition of the archetype that James represents, but it’s in the final chapters, that the lesson becomes vivid. It’s left me a bit breathless, but yet marvelling once again at how brilliant a storyteller Naomi Alderman is.

You might feel wrung out afterwards, it’s a big emotional journey, but oddly, it’s one that many women probably know only too well and I think that’s why it’s a bit unsettling.

I've listened to this book rather compulsively a every opportunity over the last few days. Really loved it. It took me a while to get used to the narrators approach, but I cane to value it tremendously. Ruth Kirk XXXX

Well written, well narrated but not MY THING

NO, simply because I have struggled to get through the listen and have now decided not to bother with the end.

What could Naomi Alderman have done to make this a more enjoyable book for you?

Nothing. I just chose the wrong book. I have gay friends and a gay relative and have no problem with homosexuality as long as I don't have to view or listen to gay sexual scenes. I would be grateful if you would keep "gay" literature in that category to avoid this happening. There was also the fact that the story revolves around what would have been called "gay young things" in my time.......! Young students and their lives are not particularly interesting when you are nearly 70!

Would you listen to another book narrated by Jot Davies?

Maybe, but there was a sing-songyness and occasionally weird delivery that irritated me frequently. I did like the timbre of his voice, however. So, perhaps I might try again and see if he always reads in the same way.

Could you see The Lessons being made into a movie or a TV series? Who would the stars be?

Yes, I could but I wouldn't want to watch, thank you.

Please be more careful with your categories!

Poignant and delicious, sad and enchanting.

Naomi's writing is so incredibly aware, believable and detailed. An addictive adventure that is never predictable, characters with depth and complexity, and a sad gritty undertone that is typical of Alderman. Fantasticly performed.