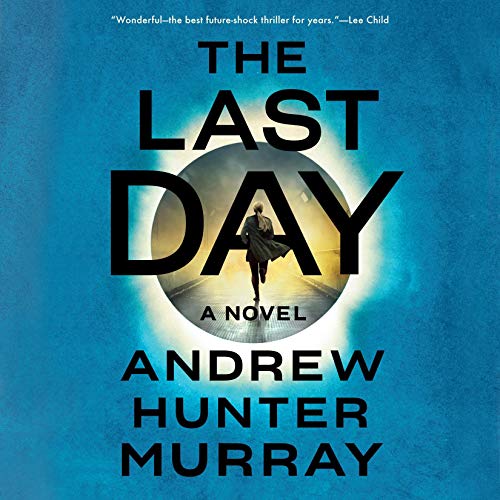 By: Andrew Hunter Murray
Narrated by: Gemma Whelan
Try for $0.00

A visionary and powerful debut thriller set in a terrifyingly plausible dystopian near-future - with clear parallels to today's headlines - in which the future of humanity lies in the hands of one woman, a scientist who has stumbled upon a secret that the government will go to any lengths to keep hidden.

A world half in darkness. A secret she must bring to light.

It is 2059, and the world has crashed. Forty years ago, a solar catastrophe began to slow the planet's rotation to a stop. Now, one half of the globe is permanently sunlit, the other half trapped in an endless night. The United States has colonized the southern half of Great Britain - lucky enough to find itself in the narrow habitable region left between frozen darkness and scorching sunlight - where both nations have managed to survive the ensuing chaos by isolating themselves from the rest of the world.

Ellen Hopper is a scientist living on a frostbitten rig in the cold Atlantic. She wants nothing more to do with her country after its slide into casual violence and brutal authoritarianism. Yet when two government officials arrive demanding she return to London to see her dying college mentor, she accepts - and begins to unravel a secret that threatens not only the nation's fragile balance, but the future of the whole human race.

"The Last Day is environmental dystopia at its best - a thrilling page-turner, and a reminder to treasure our sunsets and sunrises while we still have them. I couldn’t put this book down!" (Christina Dalcher, best-selling author of Vox)

What listeners say about The Last Day

Don’t fall for the high rating

This book was a tremendous waste of time. Awesome idea, but the story doesn’t match the idea. It’s boring, tedious and ultimately unsatisfying. I don’t usually write reviews but in this case, I felt the need to counter the high number of good reviews. If this review saves just 1 listener...

Lived up to the excellence of the premise! Amazing debut

I know Andrew Hunter Murray’s work from his wonderful podcast “No Such Thing As A Fish,” and learned about his debut novel from the podcast. I felt I could trust their recommendation, but was truly blown away by the quality of this book, both in writing and narration. The world-building of this book is absolutely gorgeous; while listening, I was surprised to look up and see that the world is still turning! Hopper is an imperfect but deeply likable character, and Hunter Murray didn’t subject us to those situations where you want to shake the protagonist when they do something idiotic: she acts in ways that are believable, and again imperfect, but rational. The characters surrounding her are equally multifaceted and interesting, and the plot really sucked me in: I listened to this in two sittings on a long road trip, and was sorry when it was over! Already crossing my fingers for a sequel - or a series? These characters and this world merit follow-up!

Gemma Whelan did this book full credit in its narration. Each character had a really distinct voice that avoided caricature, and her narration was engaging and easy to listen to. Her American accent was a smidge wonky, but not strange enough to really detract from the overall quality of her work. A bad narrator can ruin a book; Whelan’s performance absolutely enhanced this one. The bonus content at the end of this audiobook was fun to listen to, and made me extra glad I got this book in audio format!

Incredible Book That MUST Have a Sequel.

As a No Such Thing As A Fish listener from America when I heard the others talk about this book in a recent episode I wanted to see it for myself. I'm shocked, it's incredible, Andrew absolutely delivered. I didn't know what to expect and I'm so glad I got this. Really if you're reading this you should give it a go.

What a story! Wonderful narration! Captivating throughout. And I wholeheartedly appreciated the bonus material.

I loved this book. I've described it to friends as a dystopian political thriller with a smidge of Sci Fi thrown in. Having listened to it twice now, I've found it has stayed with me, in part due to the uncomfortable issues and moral complexities the plot centers around. The book has a great pace and is rather hard to put down. The audio book is read by Gemma Whelan who played Yara Greyjoy in Game of Thrones. Her narration is superb. Hopefully, they will have her read all the sequels. And I am looking forward to finding out what the next 10 years brings in the lives of these characters and the world they inhabit.

Hopper is smart and relentless young scientist that is trying to study the new sea currents since the slow of the earth’s rotation. Hopper can’t overpower the brutes the government sends after her. Her Brother works for security too and try’s to persuade her to let it go but Hooper won’t and is trying to make life better for the survivors. A fantastic story, not what I was expecting, but a great one all the same. The narrator is super. I normally have a problem with British narrators, having difficulty understanding the accent but this narrator has a London British accent which is the easiest to understand and she did a great job.

I absolutely loved the story, it was slow at first but it picked up. There was some nice unexpected twists and a bit of humor as well. The questions I had initially about the “stop” were answered throughout the story so it all started making sense. I absolutely loved it and recommend it to anyone who enjoys apocalyptic stories. Gemma did an amazing job narrating the story as well.

The world comes to a standstill

The world comes to a standstill, Seems quite topical. An interesting concept, well read and an enjoyable book overall.

I loved this story. I was sad it ended. I hope there will be a sequel. I purchased this with no reviews available at the time. Took a chance. I was immersed in the story and characters. I was left wanting more. The more the story progressed the more I was drawn in. It may seem slow to build, but stay with it. Worth it. I thoroughly enjoyed the narrator.

I've listened to n a couple of end of the world books on Audible, booth of them were good. This one is very good. After you get through the opening chapters with the scenes set, characters introduced, some scientists have
scratched their heads at Cambridge, the author veers off in an unusually positive end of earth recovery story. Little odd
people pop up here and there
as we hit a very big twist. And the rest of the book is hard to put down
I enjoyed it - well, it's my fav- British,