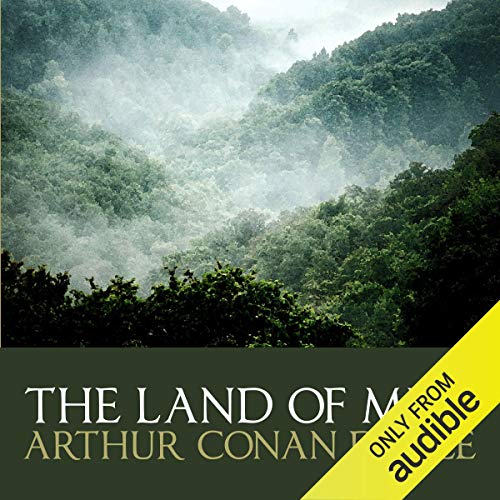 The Land of Mist

By: Arthur Conan Doyle
Narrated by: Barnaby Edwards
Try for $0.00

The Land of Mist is a novel written by Arthur Conan Doyle in 1926. Although this is a Professor Challenger story, it centres more on his daughter Enid and her colleague. Heavily influenced by Doyle’s growing belief in Spiritualism after the death of his son, brother, and two nephews in World War I, the book focuses on Edward Malone’s at first professional, and later personal interest in Spiritualism. There is a suggestion in chapter two that the deaths of ‘ten million young men’ in World War I was by punishment by the Central Intelligence for humanity’s laughing at the alleged evidence for life after death.

Sir Arthur Ignatius Conan Doyle, DL (1859-1930) was a Scottish author. He is most noted for his stories about the detective Sherlock Holmes, which are generally considered a major innovation in the field of crime fiction, and for the adventures of Professor Challenger. He was a prolific writer whose other works include science fiction stories, historical novels, plays and romances, poetry, and non-fiction. His first significant work was A Study in Scarlet, which appeared in Beeton's Christmas Annual for 1887 and featured the first appearance of Sherlock Holmes, who was partially modelled after his former university professor, Joseph Bell. Other works include The Firm of Girdlestone (1890), The Captain of the Polestar (1890), The Doings of Raffles Haw (1892), Beyond the City (1892), The Adventures of Sherlock Holmes (1892), The Exploits of Brigadier Gerard (1896), The Great Boer War (1900), The Green Flag (1900), The Hound of the Baskervilles (1902), and The Lost World (1912).

What listeners say about The Land of Mist

The story might not be the most moving, but this book is worth a read simply because it sheds a light on one of Sir Arthur Conan Doyle's peculiarities: his obsession with mysticism. This book helps you get into his frame of mind and understand what he was thinking as he rejected materialism and his trademark rationality.
#Magical #VoicesFromTheGrave
#tagsgiving #sweepstakes

As relevant as when it was written

Where does The Land of Mist rank among all the audiobooks you’ve listened to so far?

Quite high it was much better than I had expected.

This is way more than a story it is based on Arthur Conan Doyle's own life experience and on real people arguments and discussions that were taking place in society at the time. Amazingly these arguments about atheism the occult and religion continue to this day largely unchanged. Wile the settings of this this story are less relevant as the fashion for holding high society seances is almost nonexistent in todays society. The issues around the cult religion and the materialism are still being debated and argued about in university debates on YouTube and in modern literature with such authors as "Christopher Hitchens-Richard Dawkins- Graham Hancock-Colin Wilson-Rupert Sheldrake-Terence McKenna" and many others. I have read a great many books on all sides of this subject and "The Land of Mist" tackles these issues as well as any of the above authors.To my mind this book is essential reading for anybody interested in such topics.

Have you listened to any of Barnaby Edwards’s other performances? How does this one compare?

This is my first book narrated by "Barnaby Edwards" I am more than happy with the narration and the quality of the recording.

Yes the debate between the materialist scientists and the representative of for the spiritualists.

Great performance, but a bit of a slog

It's no fault of Barnaby Edwards, whose delivery is crisp, clear and precise and whose accents for the various characters are flawless, but this story is awfully hard work. It's mostly a puff piece on the merits of spiritualism and the trials of hard done by spiritualists, written during Conan Doyle's conversion to the faith. In it he rather deconstructs his doughty Professor Challenger, but it's not without its high points.

Sadly, compared to previous Challenger adventures, it's rather slow and low-key. No battles with ape-men or encounters with planet-sized organisms here!

Really, this is only one for devotees of spiritualism and Challenger completists.

I really enjoyed The Lost World but this just wasn't a patch on it. Conan Doyle seems to over indulge his interest in things spiritual and supernatural and it doesn't work as well as some of his other stories . The three main characters from 'lost World' reappear but are not as rounded in this effort.