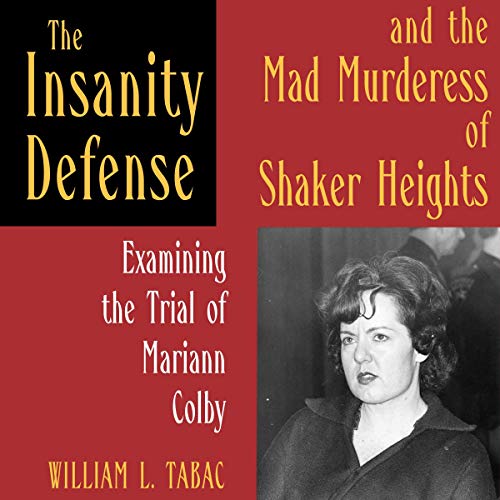 The Insanity Defense and the Mad Murderess of Shaker Heights

With this blunt observation, Mariann Colby, an attractive, church-going mother and housewife in Shaker Heights, Ohio, bet a defense psychiatrist that she would not be convicted of murder. A lack of witnesses was not the only problem that would confront the State of Ohio in 1966, which would seek to prosecute her for shooting to death Cremer Young Jr., her son’s nine-year-old playmate. Colby had also deftly cleaned up after herself by hiding the child’s body miles from her home and concealing the weapon.

Thus, this "highly intelligent" woman, as she would be described at her trial, had hedged a little on her wager. Not only were there no witnesses to the crime but also not a shred of physical evidence to pin the slaying on her. But Mariann Colby upped the ante a bit. Under intense questioning, she broke down, claiming the gun had accidentally discharged. The state thought it had its capital murder case, but Mariann Colby’s bet against it would be right on the money.

As her trial unfolds in this audiobook, the imprecision of her insanity defense confounds the judges, and psychiatrists disagree about her diagnosis. To make matters worse, the panel of judges that initially tried Colby was so confused by what they’d heard that they did not reach a decision consistent with the law of the state. This led to a second trial and more conflicting psychiatric opinions, another controversial judgment, and clashing trial outcomes.

This book is an Independent Publisher Book Award winner.

"A very compelling read." (James Jessen Badal, author of In the Wake of the Butcher)

"A meticulous and well-written account of one of Ohio's most infamous murders, second perhaps in notoriety only to the Sam Sheppard Case." (Kirkus Reviews)