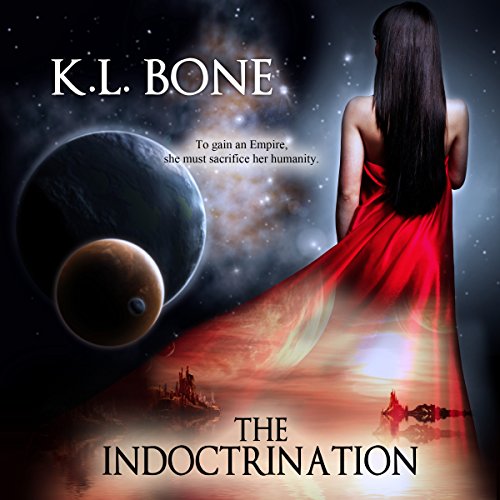 "Empress Dehartra, you have been charged with 90,000 counts of murder, and high treason. How do you plead?"

"I plead guilty! Guilty to more murders than I can recall. But never, never in my life have I ever committed treason!"

Empress Chrissalynn Dehartra Kasar had been an Earth orphan, until she was kidnapped by a powerful, parasitic race intent on expanding their galactic territory, and conquering new host races. This story is her testimony, told before her enemies.

Raised as the protégée of the powerful Nicholas Kasar, Chrissalynn is trained in the Setian ways. She learns emotions are for the weak. Torture can be a necessary evil, or a priceless work of art. That the lives of lower-ranked citizens are expendable, and the greatest honor is to die for the empire's glory.

By the age of 17, she wins her first major victory, and becomes fully accepted into Setian society. Eventually promoted to a position of power, Chrissalynn requests to lead the assault on future Setian Colony 428, where she meets the resistance leader Darin, who challenges her in ways she could have never imagined.

As a trusted mentor predicted, Chrissalynn must choose. Is she a woman with a human heart, or an empress with a Setian soul?

What listeners say about The Indoctrination

This was a great story with interesting characters. This story had a totally different storyline from anything I've read so far. I loved it and found the idea of it intriguing. The narrator does a great job telling the story. I look forward to more stories from K. L. Bone.

I was pleasantly surprised by how much I enjoyed this audiobook. K. L. Bone is a talented author; she has composed an engaging sci-fi that captivated me from start to end. The storyline is fantastic; it's well-written with exquisitely vivid imageries. The world-building is by far one of the best. The planets and the aliens, the details and words she uses to describe them were absolutely astonishing; it felt as though I was standing right there seeing at all.

The character development is astounding. Chrissa, a human girl, abducted from earth and was raised by aliens. The course of her destiny is forever altered, and her path is paved with brutality, torture, battles, death, and eventually, love. I was absolutely intrigued by Chrissa; she is strong, resilient, warrior, and leader. However, due to the way she was raised and the things she resorted to doing, her humanity was profoundly impacted.

Cassandra Richardson does an outstanding job with the narration. She emulated the characters, the animation, and the intensity of the scenes very nicely. The ending was definitely unexpected. Overall, The Indoctrination was an enjoyable listen and, I strongly recommend it.

If you enjoy a good space opera built for dark fiction lovers, this is the audiobook for you! Cassandra does an excellent job breathing life to KL Bone's story and vision! 5 stars for both the performance and the story!

Indoctrination is one of my favorite books by K.L.Bone. For a full review of the story, please see Amazon. Now I hear the book come to life. In my head, I've already mapped out what these characters should "sound" like. Ms. Richardson did an exceptional job bringing the story to life. It's difficult to do an audiobook and please your listeners. She far surpassed my expectations! Great job!

I had no idea what to expect with this book, and K.L. Bone did not disappoint at all. The whole book was written so well and the epilogue saw me with tears streaming down my eyes. I. LOVED. THIS. BOOK.