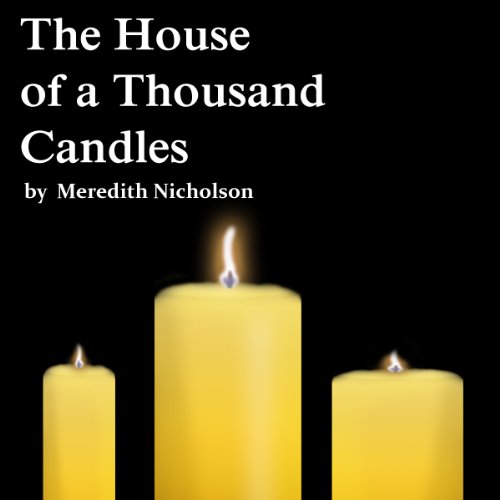 The House of a Thousand Candles

The House of a Thousand Candles

Jack Glenarm never liked architecture. He preferred adventure and excitement. His grandfather adored archeticture and lived in a strange incomplete mansion he called "The House of a Thousand Candles." Jack returns from his travels just in time to hear the reading of the old man's will. Jack is instructed to live in this odd out-of-the-way dwelling for a full year without leaving it in order to inherit it. With few other options he decides to move in. His only company is the valet that comes with the house and the chaplain of his next door neighbors - an elite girl's school. The silence of his first night in the dwelling is shattered by a gunshot and thus begins his "year of solitude".

Shots in the dark, a mysterious young girl, footsteps that seem to go nowhere and a secret passageway lead him to danger, intrigue and mystery. His quiet year in the country turns into something entirely different as he soon finds himself absorbed in the most lively adventure of his life!

Yes. Very suspenseful story. Was hard to stop listening once I got started.

The twists and turns of the plot made it a real page turner. ( if there were pages in an audiobook! ) The twist at the end was a complete surprise.

What does Jim Roberts bring to the story that you wouldn’t experience if you just read the book?

Voices he gave to the characters were very distinct.

Wanted to cry when it was over. Book really "grabbed" me.

7 of 7 people found this review helpful

The reader sounds robotic!!! Can't even finish it!

I cannot even get past the readers style. It sounds robotic and non human. No emotion or fluctuation. HORRIBLE! Trying to get a refund.

Would you be willing to try another one of Jim Roberts’s performances?

0 of 10 people found this review helpful