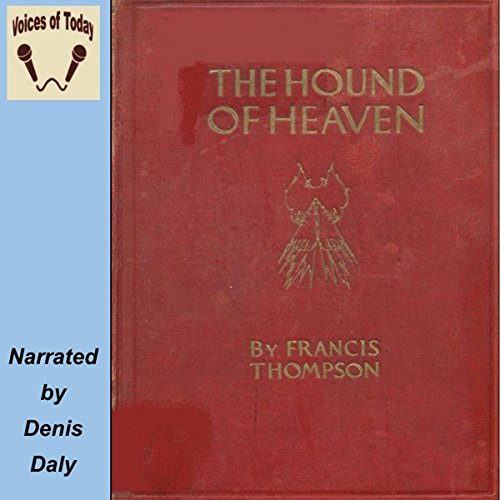 The Hound of Heaven

By: Francis Thompson
Narrated by: Denis Daly
Try for $0.00

Unlike many of his contemporaries, the English poet Francis Thompson (1859-1907) was a true mystic. While more celebrated poets, like Wordsworth, Tennyson, and Arnold, were content to express their religious leanings in traditional devotional formulae, Thompson strove to portray the divine directly, in all its terrifying majesty. In this way he is more akin to earlier masters, like Henry Vaughan and George Herbert, than to the poets of his own day. In his most famous work, "The Hound of Heaven", he describes God not as a remote governing presence but rather as a hunter relentlessly pursuing the reluctant devotee. Thompson's powerful depiction of the numinous relationship has found many admirers, including Tolkien and the renowned yoga master Paramahansa Yogananda, who made his own recording of the poem.

What listeners say about The Hound of Heaven

The stretch of life -- The classic story of the Prodigal Son retold. study. Reflect.

Loved it. A wonderful reflection on the determination of a God who will never leave us to destruction.