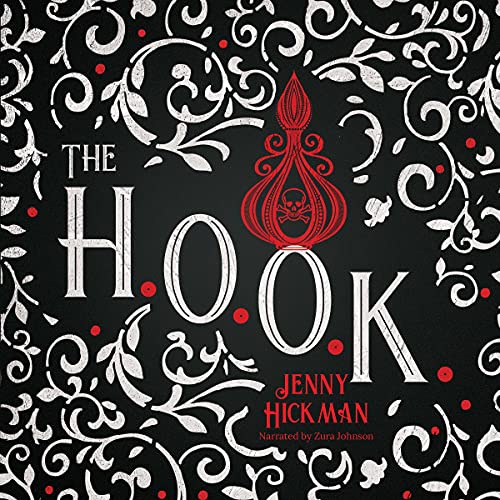 By: Jenny Hickman
Narrated by: Zura Johnson
Try for $0.00

Tomorrow isn’t promised, no matter how immortal you think you are. In the aftermath of Vivienne’s capture, she discovers she's destined to become one of the Forgetful P.A.N. The devastating diagnosis leaves her questioning her relationships - and her place in Neverland. While on her second recruitment mission, she ignores a cardinal rule, and one of her fellow P.A.N. pays the ultimate price for her mistake. Outrage over the death spurs Lee Somerfield's growing rebellious faction to fight fire with fire, leaving H.O.O.K. in ashes and Neverland ripped apart from within.

Navigating new love and old secrets, Vivienne must now face the consequences of her actions...and decide if living forever is worth forgetting everything. The Hook is the stunning second instalment in The Pan Trilogy.

What listeners say about The Hook

I feel like I've been stabbed repeatedly in my heart and all my emotions have bled right out of me and are now lying in a puddle on the floor after reading The H.O.O.K by Jenny Hickman. I "reread" The H.O.O.K. through the audiobook narrated by Zura Johnson whose voice and existence is an absolute treasure!

How is it possible for a reader to not become a blubbering, emotional wreck after the second book in Jenny Hickman's The P.A.N Trilogy? This is another five-star review from yours truly so hopefully, based on my review of The P.A.N., you have picked up this book and can suffer along with me! Now that the audiobook is out I would highly recommend hearing Zura Johnson bring this incredible love story to life.

The H.O.O.K opens on such a devastating prologue that left me desperate for Vivienne and Deacon to mend what they had broken.
I will say it again, Vivienne and Deacon's love story makes me get hot all over the place. I am constantly surprised by the twists in this series and now that Zura Johnson is narrating it, the experience is heightened ten-fold!!♡

Stay tuned for my audiobook review of The CROC!! Now available to purchase and listen with an open heart and open ears!!