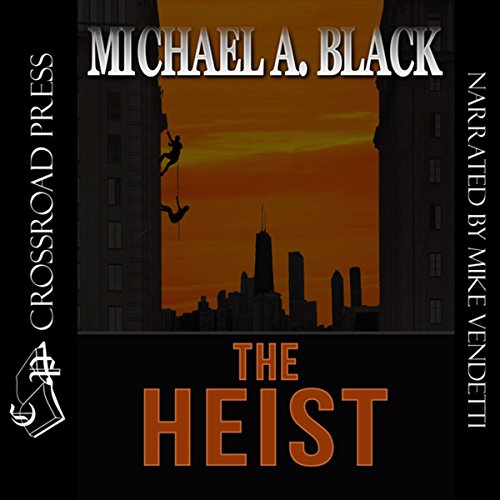 By: Michael A. Black
Narrated by: Mike Vendetti
Try for $0.00

Linc Jackson and his buddy Rick Weaver thought they'd seen it all on the brutal battlefields of Desert Storm, but found themselves displaced and forgotten men when they came back to the States. Now, a year later, the opportunity of a lifetime suddenly drops in their laps.... That is, if they don't mind tiptoeing on the dark side to make the score. During a freak flood that causes havoc in the downtown business hub of Chicago, Linc and Rick put everything on the line as they execute a heist that they hope will put them on Easy Street for the rest of their lives.

It involves a foolproof plan for grabbing what they believe is a cool million of the mob's money. But that's when things start to go terribly wrong. As the Mafia calls in a specialist, nicknamed "The Regulator", to get back their property, the two ex-marines find that they not only have the bad boys of the outfit hot on their trail, but some pretty tough cops as well. It will take all their battle-tested skills just to escape with their lives, in an ultimate showdown that's guaranteed to make what they went through in Operation Desert Storm look like a cakewalk.

What listeners say about The Heist