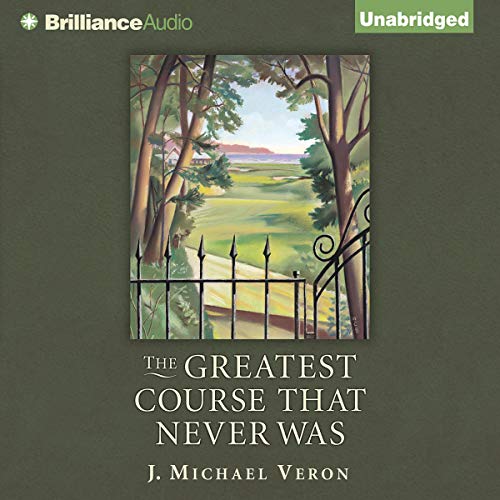 The Greatest Course That Never Was

By: J. Michael Veron
Narrated by: Buck Schirner
Try for $0.00

The young law student unearthed the life and career of the greatest player who never lived, and then spent years successfully attempting to bring Beau Stedman's story to light. His actions did not go unnoticed.

Now, it is time for Charley to put the whole experience behind him . . . pass the bar, learn the ropes at the new firm, and settle into a promising legal career. But he's been receiving these intriguing notes attached to clipped obituaries that have caught hold of his curiousity. Charley knows that he has to focus on his future, but the old man has promised so much.

The old man is Moonlight McIntyre, an eccentric old caddie from Augusta National, and his promise is one that he can't possibly keep. Charley has heard that the old man is crazy. . .delusional, but Moonlight claims he can reward the young lawyer's faith by disclosing unrivaled stories that he would be the first to hear. And, in the process, they would unearth the Atlantis of the golden age of golf. "Secrets," Moonlight said, "were easier to keep back then."

How can Charley believe the eccentric old man with a story that no one else is able to vouch for, when he's got briefs piling up on his desk that demand his attention? He can't just pick up and trek across the country in search of what might be one of the biggest stories in sports history. There may not be a career waiting for him when he gets back.

But there is something about Moonlight that he can't resist . . .

What listeners say about The Greatest Course That Never Was