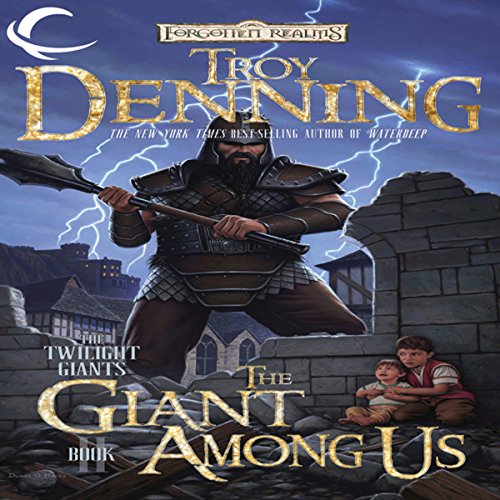 The Giant Among Us

By: Troy Denning
Narrated by: Bruce Miles
Try for $0.00

Giants Among Us is the second novel in a trilogy that deals with the giants ofthe Forgotten Realms setting. Giants are little written about, and this trilogy, written by New York Times best-selling author Troy Denning, was the first to detail them.

The rise of a new queen has shattered the ancient peace of the Ice Spires, and the only thing left standing between Hartsvale and the giant tribes bent on her destruction is a lone scout armed with a single golden arrow. And now that sanctuary is about to end.

The queen is trapped in a remote citadel, surrounded by giants, and the scout who would save her must now leave and undertake a harrowing journey to summon help. Only, as the scout soon learns, the greatest danger to the queen is posed not from without, but from within.

What listeners say about The Giant Among Us