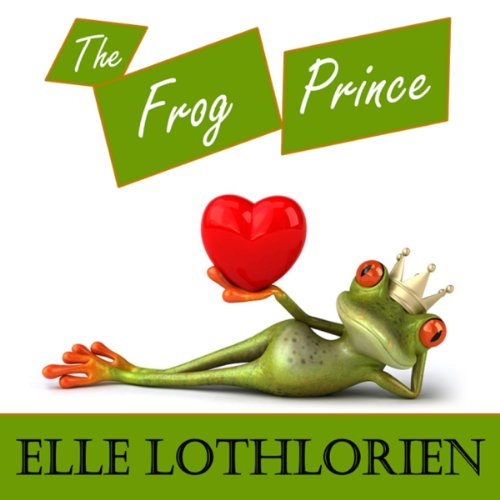 By: Elle Lothlorien
Narrated by: Leah Frederick
Try for $0.00

It was his pheromones that did it. With one sniff, sex researcher Leigh Fromm recognizes that any offspring she might have with the mysterious stranger would have a better-than-average chance of surviving any number of impending pandemics. But when Leigh finds out that the handsome "someone" at her great aunt's wake is Prince Roman Habsburg von Lorraine of Austria, she suddenly doubts her instincts - not that she was intending to sleep with the guy. The royal house of Habsburg was once completely inbred, insanity and impotency among the highlights of their genetic pedigree. (The extreme "bulldog underbite" that plagued them wasn't called the Habsburg Jaw for nothing.)

It doesn't matter that his family hasn't sat on a throne (other than the ones in their Toilette) since 1918, or that Austria is now a parliamentary democracy. Their lives couldn't be more different: Roman is routinely mobbed by paparazzi in Europe. Leigh is regularly mocked for having the social skills of a potted plant. Even if she suddenly developed grace, charm and a pedigree that would withstand the scrutiny of the press and his family, what exactly is she supposed to do with this would-have-been king of Austria who is in self-imposed exile in Denver, Colorado?

A handsome prince, gut-busting laughs, love, dirty ballroom dancing, pathetic commoners, sex factoids, Vienna palaces, cursing in German, random hilarity, little to no frogs. See why tens of thousands of readers have fallen in love with this Amazon best seller! Because someday your prince will come...sort of.

What listeners say about The Frog Prince

When I first read the e-book version of The Frog Prince, I fell in love. Leigh Fromm is a sex researcher who is an awkward girl trapped in a super model's body. And then she meets an honest to goodness almost-royal, Roman Habsburg von Lorraine of Austria. Between Leigh's inability to not blurt out whatever she's thinking when she's nervous and Roman's good-natured lovability, there's not much to not love about this book.

When I learned from Elle's Facebook page that an audio version was being recorded, I was ecstatic. I listen to books at work during my busy season to help me get through the 9-10 hour days I have to put in and was ready to add The Frog Prince to my collection. I was not disappointed!

Leah Frederick, a happy coincidence of shared given names with the main character, does an admirable job of reading the book. With all those German words, it couldn't have been an easy time in the studio for Ms. Frederick, and I can only give her kudos for having done so with such aplomb. I'm sure with time and more experience, she'll become even better at her craft (I must note that I have not listened to any of the other books she's read as of yet).

If you're a fan of romantic comedies, witty authors, and fairy tale endings, you should definitely purchase this audiobook.

A fun book to listen to!

It's really easy to fall in love with Leigh and Roman as they try to figure out how to make their relationship work. Leigh is one of those girls, like myself, who has awkward moments and fills nervous silence with whatever first comes to mind. She meets the almost royal Roman during one of those awkward moments and the attraction begins. What starts off as a boy meets girl romance takes an interesting turn when Roman transforms from almost royal to actual royalty after a New Years kiss. Their relationship is tested as they face this unexpected turn of events.

The Frog Prince is my first audiobook and I was hesitant to embark on the whole audiobook adventure because I wasn't sure I would enjoy listening to a book instead of reading it. It turns out I had nothing to worry about, Leah Frederick did an amazing job of narrating the book and I had no problems following the story. I can imagine certain phrases, names and German thrown into the mix did not make it an easy job. Her use of several different accents for a wide variety of international characters was impressive.

The Frog Prince is a fun book to listen to and I highly recommend listening where it's not embarrassing to be caught laughing out loud to the story.

Would you consider the audio edition of The Frog Prince to be better than the print version?

I would consider them both equally the same, but listening makes life a little easier!

I loved Leigh Fromm... because she is so funny and hard not to love!

Which character – as performed by Leah Frederick – was your favorite?

I believe that Leah Frederick did an amazing job as ALL characters!

The ending was amazing! I was touched by the entire book. I was happy, sad, giggled, and even once or twice I teared up! Well written!!!

I hope that Elle Lothlorien and Leah Frederick team up again! An amazing book, and a well done audible!!!

Just as funny & heartwarming the 2nd time around

What made the experience of listening to The Frog Prince the most enjoyable?

I read the text-version of this story last year, and wanted to re-read it but wasn't finding the time. When I saw the opportunity to listen to the audio version, I took it, and was very glad I did because the narration by Leah Frederick brought the characters right back to life for me.

These characters are so lifelike I found myself thinking about them in my spare time - even in the 2nd go-around with them - and going out of my way to find a moment to listen to more of the audio book.

The main characters in this story are so complex that I found myself in the curious position of alternately rooting for & against them again and again, even though I already knew how the story turns out from my previous reading. The supporting characters seem real and unforced, and their actions make sense on their own and don't seem contrived.

Usually an author just tries to make you love her characters, but that's not how real humans are, and the 'people' in The Frog Prince are lifelike enough to have both real-life flaws and qualities that cause you to truly fall in love with them.

What does Leah Frederick bring to the story that you wouldn’t experience if you just read the book?

It was great to hear the lines read 'in character' ... Leah Frederick brings a tone of voice that I missed in the text version, perhaps because she sensed nuance in the story & characters that I missed or skimmed over, or perhaps that's just her gift, bringing characters to life. When narration called for sarcasm, she nailed it, when it called for softness and compassion, I felt it.

"A Fairy Tale With a Soul"

Lothlorien's story stands up to subsequent readings, mainly because of the strong and complex characters - but it doesn't hurt to have gorgeous & interesting locales, and crazy surprises in the plot. This book is a rich and absorbing tale that shouldn't be missed.

This was an great story with an exceptional blend of facts throughout. However, the narrator made it hard to get through this book. I felt like the inflection was off for a lot of the book and her voice came across as too matter of fact. It almost felt condescending. Great story, I would suggest reading this rather than listening.

Elle Lothlorien takes a tired genre and gives it a shot of energy with her wry sense of humor and impeccable pacing. I read the ebook first, and enjoyed it, but the heroine's voice in my head didn't match the manic delivery of Leah Frederick. Nevertheless, I enjoyed the audio version just as much, as Frederick gave it her own unique spin.

The Frog Prince: A Romantic Comedy

I am a reader and this was my first Audiobook. I actually found it enjoyable experience. I played it when I was exercising. I would most definitely recommend this story. This is my second book of Elle's that I have read/listened to. She does a great job at capturing your attention from the beginning and keeping interest in the story.

Yes, I love this book, and I like to share books that I find enjoyable with my friends. The audible version is great for my friends that just don't have the time to read.

She did a great job with changing the characters voices, instead of just reading the book. Also there are several German phrases in this book that can be hard to pronounce if you are not use to the language, and she did an amazing job saying them.

When Leigh is on her way to meet Romans mother, and a little girl asks her if she was a Princess, she says no but says she is as she points at Isabella. Isabella then comes over and is very gracious towards the little girl and even gives Leigh some advise in addressing Romans mother. This is my favorite scene because Isabella doesn't seem as stuck up and manipulative.

I don't particularly care for audio books, but this one was well done and good for those who just don't have the time to read. I don't recommend listening while you are driving though there are some parts that are just so funny it would be hard to keep your focus on the road.

Where does The Frog Prince rank among all the audiobooks you’ve listened to so far?

I love this have read both the frog prince and gilding the lily, It sounds, just like I pictured Leigh would sound..

What made the experience of listening to The Frog Prince the most enjoyable?

I don't listen to a lot of audio books so I have little to compare; however I must say that the voice artist, Leah Frederick, was enjoyable to listen too. She gave life to the story.

What was one of the most memorable moments of The Frog Prince?

The Stockholm Snow Ball when Roman was whisked off to Austria.

Elfrieda and Leigh at having Mokka

When Roman called Leigh from Austria just before his speech

Even though I had read the e-book, I completely enjoyed listening to the audio version; it felt like a first time experience. Just as I felt after reading the book; I can't wait to know what happens after Roman and Leigh return to Vienna as an engaged couple. Come on Elle ... write faster!!