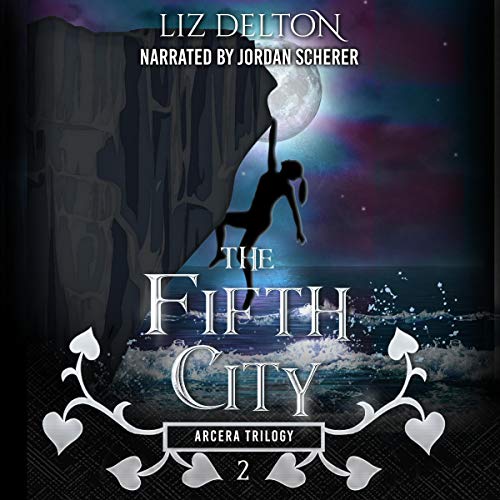 By: Liz Delton
Narrated by: Jordan Scherer
Try for $0.00

She'll do anything to save her home from the war. But will Seascape's test of worth be far more than she's willing to give?

Though Meadowcity is besieged by Skycity's army, Sylvia Thorne manages to escape to seek help from the only people untouched by the war: the long-hidden city of Seascape.

Can she convince them to interfere with a war between the cities they hid from for so long?

When their leader challenges Sylvia to a set of ancient tests, Sylvia accepts without understanding the possibility that there might be more to the people of Seascape than she realizes. Much more.

Will she be able to master their strange technology and win favor before the army destroys her home?

And will the other cities remain safe while Sylvia searches for help?

What listeners say about The Fifth City

Great continuation of the story! The writing is really well composed and the characters are developed. I can’t wait to see what happens next!

I am loving this series. everytime i think know what will happen its something better and more then what I can imagine I am on the edge of my set. I want to know what is next

The story continues and it’s just as great as the first book. As the plot thickens, you just know something epic is coming.

Liz Delton has done a fantastic job with building this world and the characters. I’m really invested in the story and I look forward to seeing what’s to come.

Jordan Scherer brought the story to life and kept me entertained.

I really liked book 1 and book 2 does not disappoint. It has been a great continuation and the build of characters and their personalities is always the best to see.