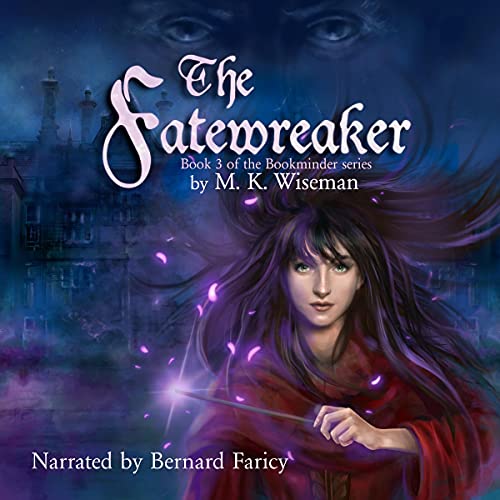 Liara and Nagarath’s enemy has unexpectedly come to their aid, surrendering to the magick-suppressing forces of the king of France so as to buy time for their escape. But that doesn’t necessarily mean Anisthe is on their side. Vrsar’s war mage, Liara’s father-in-magick, has never been a man do to things for others. And he has always has plans within plans.

In fleeing to England with his apprentice, the Wizard Nagarath realizes that Liara’s power is no longer her own to command. With the shattering of Khariton’s magick mirror in the Palace of Versailles, the young woman has become trapped in an alliance with the ancient and evil mage. What is more, at 18 years old, her life remains tied to Anisthe’s for another two years per the Laws of Magick. Anisthe, who is now imprisoned for having helped them evade the king’s spellpiercers.

Forced to revisit his own past, Nagarath is finally learning that there are some histories you cannot outrun. As for Liara, the darkness within her heart is greater than she ever could have imagined. This after Dvigrad’s orphaned magpie having finally learned to love. For, in the words of Khariton himself, “In magick you can never have friends. Only rivals."

What listeners say about The Fatewreaker

A Battle to the End

Liara has freed Khariton from his mirror and is now his vessel. He is intent on using her power to destroy the world. She is heartbroken because she was trying to help him and doesn’t want the war he is going to cause. Nagarath decides to take her to his home in England to try to help her. But learns that the possession is worse than he feared.

At the same time, we find Kresimir who was sent to Merlin by Nagarath. Merlin may have been cursed but is still alive and is trying to fulfill a prophecy about Nagarath and Liara. But when Liara shows up on his doorstop for help he realizes that he might not be a match for Khariton anymore and might not be able to help.

I love how Liara and Nagarath have finally realized their feelings for each other, but Liara can’t have that with how fast Khariton is taking control. Nagarath has taken just to try to help Liara and it looks like he might not recover from his actions. But I hoped that he could break Liara’s spell in time or at the very least save her.

I like how this wrapped everything together and I loved the ending. This has been a good read and recommend this series. I think the reader will enjoy the journey. I will be keeping my eyes open for other books from M.K. Wiseman.