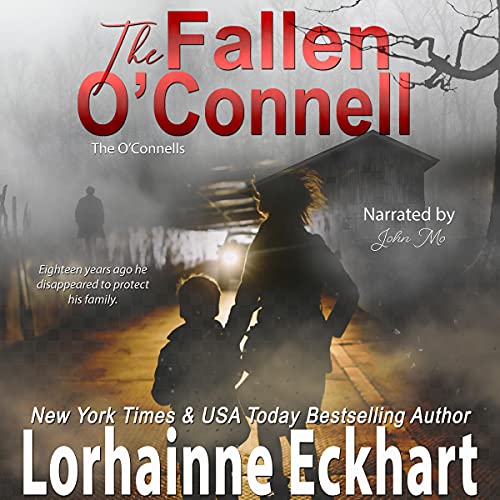 By: Lorhainne Eckhart
Narrated by: John Mo
Try for $0.00

A broken man seeking a new life. A diabolical plot that revolves around his unexpected return. Will the combination ruin a prominent family?

Thirty-five years ago, Raymond O’Connell didn’t exist, at least not until the moment Iris walked into his life. His very existence had been a secret, a carefully cultivated lie, except for the fact that he loved Iris and the six children he’d never planned on having. He’d become careless, living a life that belonged to someone else. Becoming Raymond O’Connell had made him forget who he really was, and when he fell in love with a fantasy he knew he couldn’t have, he put his family in danger. Ultimately, he found himself covering up a murder to protect the woman he loved, and that act forced him to walk away and return to the shadows of a secret life that he couldn’t find his way out of.

When he returns to Livingston with a son in tow, what he doesn’t expect is to be dragged from the shadows to protect a family that suddenly has targets on their backs. Soon, Raymond finds himself becoming part of a bigger, deadlier plot - one that could leave someone in his family, someone he’s sworn to stay away from, dead.

What listeners say about The Fallen O'Connell

Return of a lost father