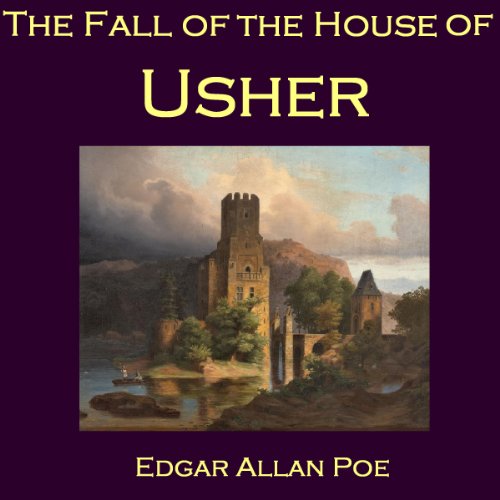 The Fall of the House of Usher

The Fall of the House of Usher

When Roderick Usher sends a letter begging his old school friend to visit him, it becomes apparent that he is suffering from a severe mental illness caused by an extreme overload of his senses. His sister too is very ill, suffering from cataleptic deathlike trances.

When Roderick announces that his sister has died, and they place her coffin in the vaults of the House of Usher for two weeks prior to burial, neither of them can imagine the horror which is to follow.

Poe at his most macabre.

Can't be fairly compared to the horror novels of today, and that could go both ways. If you can sit down and shut out the world, slow down your own thoughts, and listen to the words, you will feel the anxiety building in layers, with even nature contributing to the ultimate madness and horror. The centuries old family castle is itself a creature conspiring to hold its inhabitants in a dark limbo. A short story with hardly a plot -- but simply, horribly, brilliant. Listening to Poe is like watching a great painter build his canvas stroke by stroke into a masterpiece.

Over three decades since I last read this classic of the genre that Poe made his own and which he labelled in his anthology, the "Tales of the Grotesque and Arabesque", it has lost none of psychological intensity. Long before there was Stephen King and Alfred Hitchcock before him, Poe was frightening the growing number of adults who were looking for something more than the prevalent romances of his time. In some ways, Poe borrowed from the noir repertoire that was entrenched in Paris, in others, as I have mentioned, he created his own style.
The symbolism is almost as important as the literal, and it remains so.
I regret that I did not care for Ms Dobson's reading. In my opinion she paused where there was no warrant to pause and her nasal delivery grated upon me. Also, perhaps strangely, she ended many sentences with a flat, downward inflection to the detriment of the words and the symbolism.
The rating is a reflection of the narration, not the tale that remains as full of dread today as when I first read it.

Poe's verbiage wafts through the air like the sound of a beautiful harp. His description of the Usher Manor paints a picture so clear that you can't help but feel you have been there. Could a tortuous haunting, so relentless, drive an inhabatant into madness?

I didn't find this scary, just really quite boring. Perhaps Poe has been copied and modern horror has desensitized us. I had expected this to be scarier.