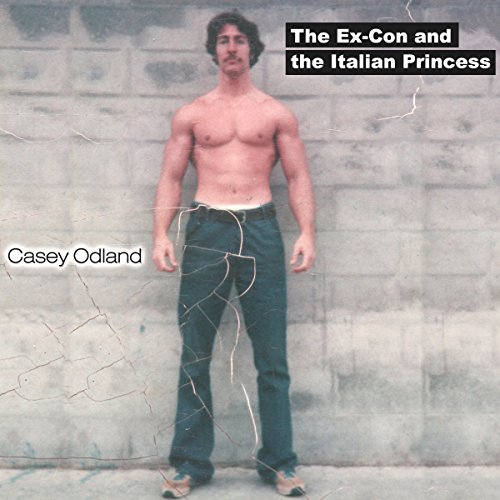 The Ex-Con and the Italian Princess

The Ex-Con and the Italian Princess

Casey Odland was brought up into a life of privilege - a privilege he threw away often. Criminal activity started at an early age with the first arrest at age 12 in 1970. In 1974 he was arrested 19 times and beat all the charges in court. He was a ward of the court from 1970 till 1975, when at age 17, he became an emancipated minor, getting his first taste of pure capitalism and ending up homeless for nine months. A robbery conviction landed him in prison in 1978. Upon release in 1980 he vowed to never return to criminal activity and was never arrested again. Within three years of being released he started a business from scratch in direct relation to a vocational trade he'd taken in prison, thanks to the California Department of Corrections and Rehabilitation. The business became very successful. Along the way he encountered every obstacle in usual fashion (head-on and without a clue), always learning on the back-end the proper way to tackle a problem. This book is written in the vernacular of prison language, street life, and the everyday person.

Great! an exciting and inspiring story!

Where does The Ex-Con and the Italian Princess rank among all the audiobooks you’ve listened to so far?

this is the best so far

What was one of the most memorable moments of The Ex-Con and the Italian Princess?

when the author was literally struck by lightning

Casey and I spent over a year and 45 meetings in the studio on this project. At times when others might have quit and settled for what they had, Casey did not, he kept going, perfecting his craft, and moving forward. At one point we threw out the first ten chapters - they just weren't good enough. As a sound recording artist, I consider my work on "The Ex-Con and the Italian Princess" to be among the best in my career.

Casey has a hilarious way of getting valuable lessons taught with his life story. It's a great listen for your average person. But it's especially beneficial for steering people away from a life of crime; it provides survival techniques for those locked up; it can make someone getting out successful on the outside.

Casey's advise on going into business, taxes, insurance, and annuities was especially helpful. "Chinese soft-sell" is a very valuable lesson.

I can hardly wait to read and listen to his next book! His deadpan narration makes the humorous hysterical! It's like a good John Grisham novel or Garrison Keillor.. "Lake Wobegon" radio show.

I have always loved my brother Casey, and it has been beautiful to watch his life transform into the loving, law abiding, giving person he has become.

Casey is my big brother. While I have always idolized him, I also had many feelings of anger towards him growing up, having felt deprived of a normal brotherly relationship with him. Fortunately for me, football provided a great outlet for those feelings and his decision to reach out to our family when I was a senior in high school allowed me to re-connect with him in the best possible way since he had decided to turn his life around.

Casey nurtured me growing up, turning me on to the Beatles at an early age, having my back when bullies threatened and provided sage advice about how to deal with life’s overwhelming situations.

The audible version of The Ex Con and the Italian Princess is a GREAT listen! Casey has always been an exceptional story teller and now being able to hear those stories with his voice is a blessing to me.

The sound effects interspersed in the audible version are a nice touch and I will definitely download the complete version of the song he provides at the end!

He comes across as authentic and genuine, giving the listener an accurate portrayal of what life behind bars is like and for fellow ex-cons how best to achieve the proper mind set for redemption while still in prison and when they get out.

Having read his book several years ago when it first came out, I can attest to the value of his financial and IRS self-help tips.