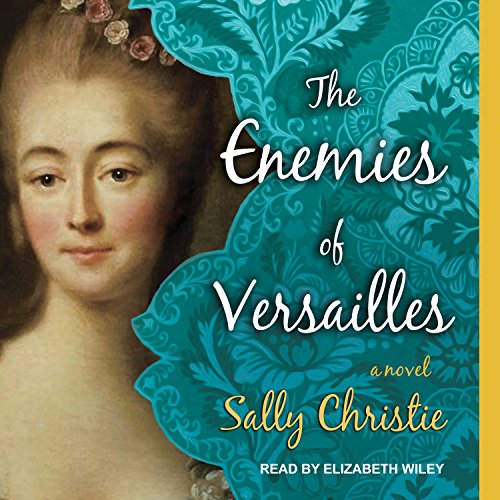 The Enemies of Versailles

By: Sally Christie
Narrated by: Elizabeth Wiley
Try for $0.00

"That beastly bourgeois Pompadour was one thing; a common prostitute is quite another kettle of fish."

After decades of suffering the King's endless stream of Royal Favorites, the princesses of the Court have reached a breaking point. Horrified that he would bring the lowborn Comtesse du Barry into the hallowed halls of Versailles, Louis XV's daughters, led by the indomitable Madame Adelaide, vow eternal enmity and enlist the young dauphiness Marie Antoinette in their fight against the new mistress. But as tensions rise and the French Revolution draws closer, a prostitute in the palace soon becomes the least of the nobility's concerns.

Told in Christie's witty and engaging style, the final book in the Mistresses of Versailles trilogy will delight and entrance fans as it once again brings to life the sumptuous and cruel world of 18th century Versailles, and France as it approaches irrevocable change.

What listeners say about The Enemies of Versailles

I enjoyed the first two books in this series, but I agree with other reviewers that this one drags on into minutia that doesn't add much to the story. Probably could cut it back by 10 or so chapters to much improvement as I find myself skipping forward ALOT.

History from the bedrooms of Versailles

An intriguing view of the years leading up to the French Revolution from the side of those inside the palace all the way up through to King Louis VX and those who loved him. Blinded by privilege, ambition and dare I say greed.
Well written and nearly impossible to put down, either on page or via audible.
The audible version was amazingly well done, with one woman clearly doing all the voices, each one in their distinct character and tone, jumping from male to female with nary a split second between. It was so well narrated I consumed all three books in a short 2 weeks.
Congratulations on a job well done!