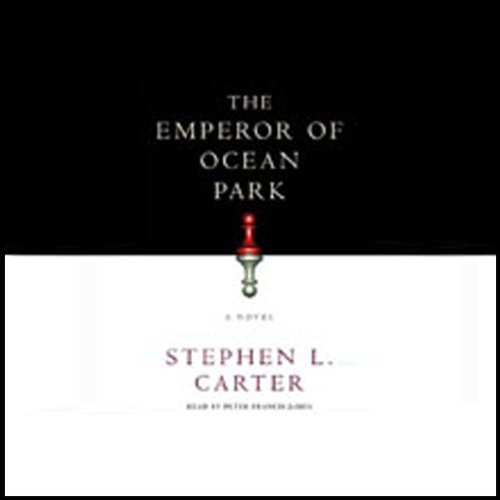 The Emperor of Ocean Park

An extraordinary fiction debut: a large, stirring novel of suspense that is, at the same time, a work of brilliantly astute social observation. The Emperor of Ocean Park is set in two privileged worlds: the upper crust African American society of the eastern seaboard - old families who summer on Martha's Vineyard - and the inner circle of an Ivy League law school. It tells the story of a complex family with a single, seductive link to the shadowlands of crime.

The Emperor of the title, Judge Oliver Garland, has just died, suddenly. A brilliant legal mind, conservative and famously controversial, Judge Garland made more enemies than friends. Many years before, he'd earned a judge's highest prize: a Supreme Court nomination. But in a scene of bitter humiliation, televised across the country, his nomination collapsed in scandal. The humbling defeat became a private agony, one from which he never recovered.

But now the Judge's death raises even more questions - and it seems to be leading to a second, even more terrible scandal. Could Oliver Garland have been murdered? He has left a strange message for his son Talcott, a professor of law at a great university, entrusting him with “the arrangements” - a mysterious puzzle that only Tal can unlock, and only by unearthing the ambiguities of his father’s past. When another man is found dead, and then another, Talcott - wry, straight-arrow, almost too self-aware to be a man of action - must risk his career, his marriage, and even his life, following the clues his father left him.

"This thriller, which touches electrically on our sexual, racial and religious anxieties, will be the talk of the political in-crowd this summer." (Publishers Weekly)

"A roman à clef with fascinating insights into the behind-the-scenes machinations of racial and power politics. An elegantly nuanced novel, with finely drawn characters, a challenging plot, and perfect pacing." (Booklist, starred review)

What listeners say about The Emperor of Ocean Park

Carter is always insightful and articulate and with "Emperor" he proves he's a master storyteller. Unlike much of what passes for popular fiction these days, Carter invites the reader's intelligence into the story. If you're not engaged, you're just not paying attention! He weaves social observation and commentary into the storyline and combines them with a well-develop mystery. This one is worth listening to/reading more than once!

The Emperor of Ocean Park

Fast-paced and suspenseful. It was a bit difficult at times to know if I was in the 'present' or flash-back but it grabbed me from the beginning and held me tight.

Not enough action or character development to hold my interest. Scott Turow or John Grisham are better choices for those looking for behind the scene court room drams.

Not what I expected. Like a watered down version of a Grisham novel and often very boring during sections. Not recommended.

Abridged Version is only So-So

Great performance by the reader. The abridged version cuts out too much from the story, rendering the narrator, Talcot, boring and flat. I wish they would've kept some of his musings from the unabridged version.

I've owned the hardback version of this book since two months after it's release years ago. I read half but could never quite get back to it. I pulled the trigger (wink) and finished on Audible. I was not disappointed. Full of clever suspense to the end. *Spoiler Alert - at the end, my household heard me scream, "NOOOOOOOOOOOOOOOOOOOOO!!!!!!!"😉
Great read!

Yes, the reader. The reader was very dry. I equate it to watching an actor that can't act. All the characters kind of blended together.

Yes, The end result was unpredictable but not shocking.

Was The Emperor of Ocean Park worth the listening time?

It was a good book, but you had to get past the first chapter or two to really enjoy the story.

Good book, would be a better listening book if the reader was better. It would probably be a better book to actually read and not listen to.

I was really hopeful this book would offer a lot of suspense making it difficult to put down. It took too long to get to the main points. Transition between characters was pretty good except for the voice of the little boy that was unconvincing and annoying. And it helps to understand how the game of chess is played to grasp the storyline.

this book will not keep you in the car for an extra minute trying to finish off a particular scene, but it is passable with a push