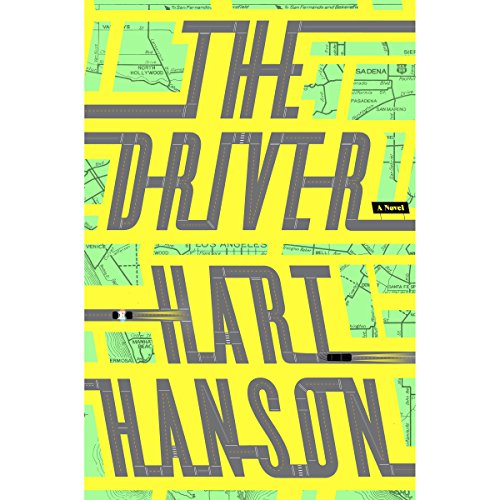 By: Hart Hanson
Narrated by: Ari Fliakos
Try for $0.00

From the creator of the TV show Bones comes a smart and funny debut thriller.

“Everything a great thriller should be - always smart, often funny, and relentlessly exciting. I loved every page.” (Scott Turow)

Michael Skellig is a limo driver waiting for his client in the alley behind an upscale hotel. He’s spent the past 28 hours ferrying around Bismarck Avila, a celebrity skateboard mogul who isn’t going home any time soon. Suddenly the wind begins to speak to Skellig in the guttural accent of the Chechen torturer he shot through the eye in Yemen a decade ago: Troubletroubletrouble. Skellig has heard these warnings before - he’s an Army Special Forces sergeant whose limo company is staffed by a ragtag band of wounded veterans, including his Afghan interpreter - and he knows to listen carefully.

Skellig runs inside just in time to save Avila from two gunmen but too late for one of Avila’s bodyguards - and wakes up hours later in the hospital, the only person of interest in custody for the murder. Complicating matters further is the appearance of Detective Delilah Groopman of the LAPD, gorgeous and brash, for whom Skellig has always held a candle. As for Avila? He’s willing to help clear Skellig’s name under one peculiar condition: that Skellig become Avila’s personal chauffeur. A cushy gig for any driver, except for the fact that someone is clearly trying to kill Avila, and Skellig is literally the only person sitting between Avila and a bullet to the head.

“It is so hard to be unique in crime fiction and Hart Hanson has done it big time with The Driver. It’s got all the ingredients: high risks, strong momentum, unseen turns and a set of gripping characters. You can’t ask for more!” (Michael Connelly)

“The Driver is an action-packed, humor-infused novel that doesn’t disappoint. Hart Hanson’s debut is chock full of eccentric characters, from soldiers with a cause to crooked cops to diva wannabes. This is a book that is sure to fly from the shelves to the bedside tables.” (The San Francisco Book Review)

What listeners say about The Driver

Would you consider the audio edition of The Driver to be better than the print version?

Yes, I would consider it to be better than the print version, though I've not read it. This is due to the narrator, Ari Fliakos' performance.

What other book might you compare The Driver to and why?

I would compare this book to a couple of others I've recently read: Cash City by Jonathan Fredrick and IQ by Joe Ide, with Cash City being the best of the 3 works.

Which character – as performed by Ari Fliakos – was your favorite?

Ari plays all characters so well, so it's difficult to pick one.

The Driver by Hart Hanson is a good debut novel, and Ari Fliakos is amazing as always. It starts off a little slow but picks up momentum after about an hour or so. It's an easy listen and kept my attention. There's nothing groundbreaking here, but it was worth a credit. It's entertaining, and if you liked Cash City or Joe Ide's IQ series, you will most likely enjoy this as well.

I can't say enough good things about this book! A real surprise for sure. It had been on my wish list for a while when I decided to go ahead and use a credit on it.
The story, the writing and the characters were great, really original and well developed. The story was tightly woven together but wait! Was that a tear in my eye close to the end? Why yes, my black heart let one slip out. Fortunately it was followed by some more stellar storytelling peppered with the very necessary sarcasm to keep my interest.
I did a little reading about the author and found he'd done some writing for tv which explains the ease with which he told the story through a variety of rich characters. Take a listen!

What made the experience of listening to The Driver the most enjoyable?

Former Army Special Ops Sergeant Michael Skellig owns a limo company, in part to hire wounded veterans. They include a paranoid mechanic, a legless dispatcher, and an Afghan interpretor he smuggled illegally into the States. They each suffer severely from Post Tramatic Stress. Together, much like Baldacci's Camel Club, they make a formidable and endearing team.

If you’ve listened to books by Hart Hanson before, how does this one compare?

This is my first. It is fast and fun, so I intend to listen to more from him.

Every scene with Michael and Delilah, the detective. Their banter was funny and smoldering in sexual tension.

I did listen in one day!

Smart, sassy, amazing use of language. Performance was exceptional. Had to listen to the final chapters several times because I didn't want it to end.

What a great book. The storyline is fairly simple but keeps you engaged. I thought the author did a great job of developing his characters and getting the reader invested.

The narrator fit the main character well and did a fantastic job bringing the story to life. I’ll look for more books narrated by him.

As someone who is OCD-level stingy with their credits, I was not disappointed in using one on The Driver.

Jack Reacher is so yesterday

It makes sense that this author is a TV show creator, because this reads like he’s already envisioned the movie version. Mike Skellig is like Jack Reacher: just another vet, trying to live his PTSD life…yet finding himself in the middle of an action-packed clusterF. But this story is faster, funnier, and mouthier. Also, at the same time deeper, more violent, and more painful, when the story veers into the backstories of his crew, or we watch the various run-ins with criminals. Some of the torture and violence is graphic enough to be triggering.

One of the things I loved most about this story was the great, and totally unique, collection of supporting characters. There’s two equally fantastic, smart, strong and sassy ladies that Skellig is interested in… and I’m stoked that this didn’t devolve into some sort of sappy love story, Skellig has also assembled a fantastic group of misfit vets to work for his Oasis Limo Service (Ripple, Tinker, and Lucky). Then there’s his parents, who both support him in different ways- a refreshing twist on every other Jack Reacher-loner type of military action book. His work family, his actual family, and the LA background put some spectacular meat on these bones. This was one satisfying meal.

Finally, a moment of praise for the phenomenal narration of Ari Fliakos: the timing, the accents, and the cutting, comedic straight-man narration for Skellig… flawless!

I absolutely loved this! It is well written, fast paced, and filled with wry humor. The best part is the narrator. He did much more than simply narrate, he delivered a stellar performance. His voices for each character were perfect and really enhanced the story. I enjoyed it tremendously! Highly recommended.

I liked the humor in the script, but the excerpts regarding the descriptions of places were just too long and not needed. The story was not good. I almost proofreading many times.

Funny, entertaining, sarcastic, interesting characters, kinda gross, and read by my favorite, Ari Fliakos. And, all of my favorite authors rolled into one to boot. I will keep a lookout for Hart's next book. And the beauty is..... this all takes place in my back yard.

The Driver is hands down one of the very best books I've ever listened to. The characters are so, so rich. A phenomenal performance by the narrator. I ran the full gamut of emotions with this book. Absolutely wonderful!