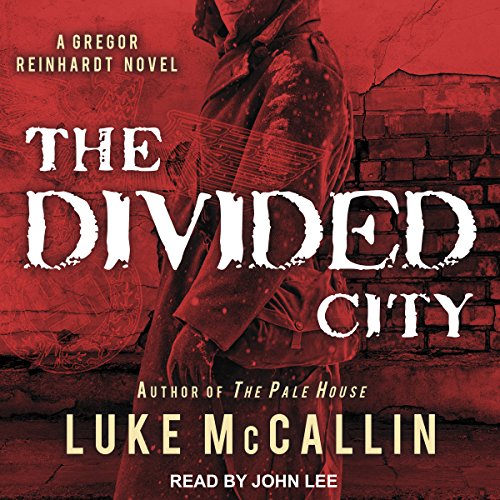 A year after Germany's defeat, Gregor Reinhardt has been hired back onto Berlin's civilian police force. The city is divided among the victorious allied powers, but tensions are growing, and the police are riven by internal rivalries as factions within it jockey for power and influence with Berlin's new masters. When a man is found slain in a broken-down tenement, Reinhardt embarks on a gruesome investigation. It seems that a serial killer is on the loose, and matters only escalate when it's discovered that one of the victims was the brother of a Nazi scientist. Reinhardt's search for the truth takes him across the divided city and soon embroils him in a plot involving the Western Allies and the Soviets. And as he comes under the scrutiny of a group of Germans who want to continue the war - and faces an unwanted reminder from his own past - Reinhardt realizes that this investigation could cost him everything.

What listeners say about The Divided City

This is a must read or listen to novel if you have ever wondered how the German people felt, survived and reacted to the Allied occupation during the postwar Berlin. The author has consistently developed an amazing story which intertwines smoothly with his two other novels into the escapades of Captain Reinhardt.

Nobody is better than John Lee to narrate the novel and give each character it's on identity!

I will no doubt be looking forward to the next novel!

My favorite in the series

I like the historical context and the flow of the story. Perhaps the story wrapped up a little to neatly, but characters had depth that I enjoyed.

I thoroughly enjoyed the narrator! of course I love the stories. can't wait for more.

I was a bit anxious about buying this book because in a previous one Lee's female voices sounded so affected and phony I was exasperated. But with this book, he was superb. The plot is intricate but McCallin pulls it together with uncanny but likely insights into
what life and politics were like in a divided Berlin. His best book yet and very well read.

The author does a fine job of using appropriate terms and phrasing to paint the dialogue and emotion throughout the story. There were times I felt the whole scene was very easy to picture, and others where I needed to be imaginative. Besides the very accurate historical and political influence to the story and characters, the best thing about this was the plot itself. Postwar Germany, being split between four super nations constantly lying and competing with one another, was a bureaucratic hell of a web to even attempt to navigate, but was done by the author with ease. The record keeping of the deathly secretive Nazis was both a blessing and a surprise. As soon as it was possible to know who the killer is, I knew; however, I was very much led to question and even possibly stray away from my original theory. The beautiful thing about this plot is that even if you pick up on who the villain truly is, there is so much more to absorb that you simply follow the inspector's road to discovery. The true story here is learning the backstory to each victim and the stories of WWII to construct a very layered and unique, twisting plot.

It's been 3 years since The Pale House and it has been worth the wait to get Reinhardt back to Berlin. It's and outstanding story and puts McCallin in the company of Kerr and Downing for excellence. As always John Lee continues to be great in his story telling, truly a man of a thousand voices.