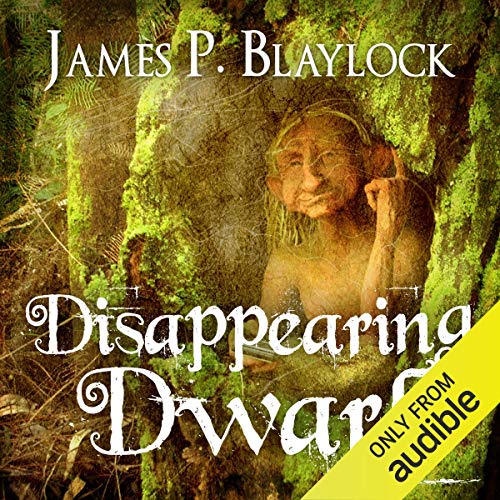 By: James P. Blaylock
Narrated by: Malk Williams
Try for $0.00

Life as a man of leisure was becoming a bit dull for Jonathan Bing, Master Cheeser, so he welcomed Professor Wurzle's invitation to visit the empty castle of Selznak, the Evil Dwarf. There they chanced upon a treasure map.

Soon Jonathan, his wonderpooch Ahab, the Professor, and Miles the magician set off by boat for the location of the treasure - the unknown city called Landsend. But between them and their goal lay the Case of the Missing Squire, the Attack of the Headless Oarsmen, a mysterious witch, some evil goblins - and the Secret of the Purloined Globe.

This second volume in a fantasy trilogy is a sequel to The Elfin Ship and is by the winner of the World Fantasy Award and the Philip K. Dick Memorial Award.

"A magical world, magically presented...having journeyed there, you will not wish to leave, nor ever to forget." (Philip K. Dick)

What listeners say about The Disappearing Dwarf