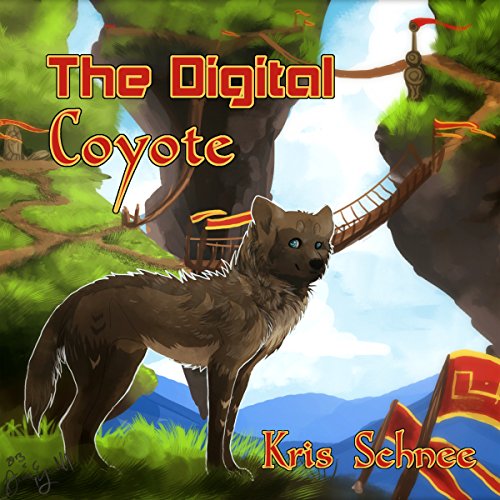 By: Kris Schnee
Narrated by: Jeremiah Shilling
Try for $0.00

Immortality was a fringe benefit.

Pete signed up to have his brain diced so he could become a better person. Now he lives in the virtual reality realm of Talespace, where he beta-tests everything from new game rules to mental upgrades to robots that will let his AI boss help people in the real world. As brain-uploading technology starts to become more than a toy for the rich, the now-divided America isn't the only place where Talespace's new society, buggy as it is, is badly needed. Will Pete's new home become an irrelevant gamer heaven, or a force for liberty?

In Talespace you can change your body, fly, build starships, befriend native AIs eager to learn about the dangerous world outside, and try to find a home and happiness. Even if there's an unexplained asterisk on your account information.

Some days Pete pilots robots on diplomatic missions back "Earthside". Sometimes he learns magic and battles monsters. Oh, and sometimes he tries to outwit a rival AI god. It's a pretty good job to have.

What listeners say about The Digital Coyote

this story tries too much too fast. it takes a plot that should be about 2 or 3 books and crams it into one. while i can enjoy fast paced novels l, that is not what this is even if it tries to be. needs a rerlwrite.

Not bad at all