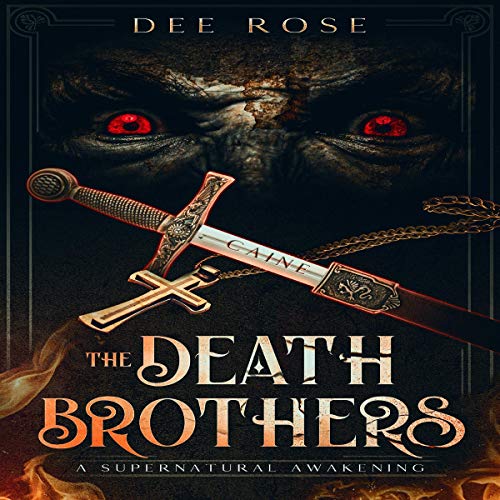 By: Dee Rose
Narrated by: Jeremy Olivier
Try for $0.00

Two weeks have passed since the events of the Hangman Returns. Jericho Caine and Father Tom Padilla, the Death Brothers, return to The Reefs in the Gulf of Mexico to settle a score with the vampire sirens. However, a female angel, Sariel, with romantic intentions toward Jericho, plans to separate the brothers and seduce the slayer. Sariel strikes a deal with the Hangman to distract the brothers by casting a spell that resurrects vanquished supernatural beings in New York. In return, Sariel agrees to help the Hangmen bring back his wife and son, who are in heaven.

Sariel also recruits a vengeful scientist, Dr. Ranken, to create a monster, who is a combination of a rare male vampire siren, and a werewolf. Sariel wants the doctor and his creation, Thaden, to only eliminate Tom, but they have other plans. They hire a hitman to acquire a mystical weapon called the Takara Dagger. It has the power to kill any living being, including angels and demons. They intend to kill anyone that poses a threat to their ascension to power. As the new threat grows, the Death Brothers must face the danger without their allies. Susan Taki, Tom’s girlfriend, is still in a coma in San Diego. The Grand Librarian, Alexander Merryweather, is in Chicago tending to his new family.

What listeners say about The Death Brothers

The Death Brothers by Dee Rose is a fast-paced and enjoyable fantasy novel filled with action, magic and a lot of mystic creatures, such as angels, vampires, sirens, vampire sirens, daemons, and many others. Narrator Jeremy Olivier delivers this adventure in a clear voice and a decisive, strong performance. If you are in the mood for a quick dark fantasy listen, you might consider giving The Death Brothers a try!

I really enjoyed the story and the performance by Jeremy! Finished the whole thing in 2 sittings!

I listened to this in many sessions because I could only manage a bit at a time. It wasn't anything to write home about! The characters were weak and nothing interesting, exciting or revolutionary happened at any point. I can't Say it was bad because it wasn't. It just wasn't great. I only listened to the whole story because I have to be fair if I am going to write a review and so I had to finish it.