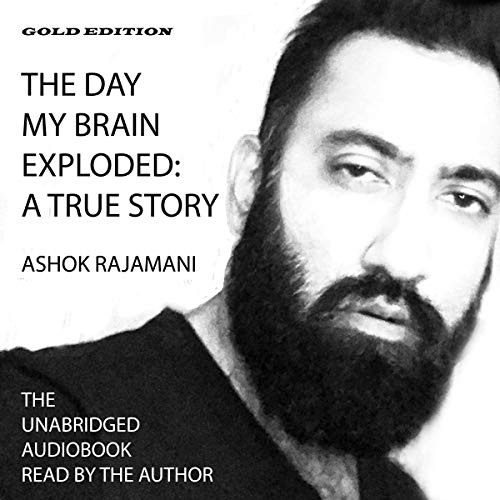 The Day My Brain Exploded: A True Story

The Day My Brain Exploded: A True Story

Called a "groundbreaking masterpiece" by Dr. Gregory O'Shanick, medical director emeritus of the Brain Injury Association of America, this is the gold edition of the unabridged audiobook of the critically acclaimed memoir The Day My Brain Exploded, which tells the story of Ashok Rajamani, a first-generation Indian American who had to relearn everything about life after a full-throttle brain hemorrhage at 25. With humor and insight, he describes the events of that day (his brain exploded just before his brother's wedding!) as well as the long, difficult recovery period. In the process he introduces listeners to his family - his principal support group as well as a constant source of frustration and amazement. Irreverent, coruscating, angry, at times shocking, but always revelatory, his memoir takes the listener into unfamiliar territory, much like the experience Alice had when she fell down the rabbit hole. That he lived to tell the story is miraculous; that he tells it with such aplomb is simply remarkable.
©2013 Ashok Rajamani (P)2015 Ashok Rajamani

I loved the performance it was amazing, I give the listener the opportunity to visualize the story in both the way intended by the author and the listener's imagination.