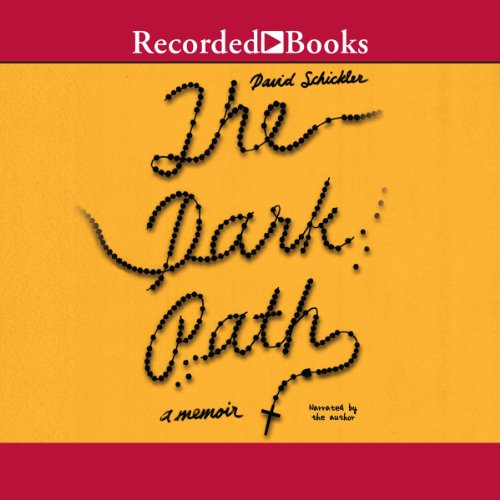 Since childhood, David Schickler has been torn between his intense desire to become a Catholic priest and his equally fervent desire for the company of women. Growing up in a family of staunch Catholics in upstate New York, Schickler senses God along what he calls "the dark path", a shadowy trail that winds through the woods behind his childhood home. On this path he begins his ongoing, frustratingly one-sided talks with God. Things don't get any clearer for Schickler at college, where he initiates serious conversations about becoming a Jesuit just as he enters a passionate relationship with a vivacious, agnostic young woman. He tries various obsessions-karate, beer, writing fiction-attempting to duck the mystical God he feels called to serve as a priest. His pursuits of these passions, and of the young woman, take him from Germany to New York City and eventually to New England, where he has a life-changing reckoning about whether he will end up wearing the clerical collar or getting the girl.

Candid and funny, lyrical and blunt, The Dark Path is an evocative portrayal of one man's struggle with faith and women . . . both of which he tries to love with bold, bracing honesty.

What listeners say about The Dark Path