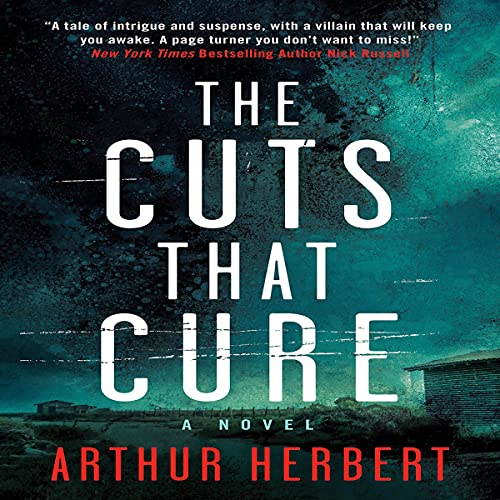 The Cuts That Cure

By: Arthur Herbert
Narrated by: Victor Warren
Try for $0.00

Alex Brantley is a disgraced surgeon whose desperation to start a new life outside of medicine leads him to settle in a sleepy Texas town close to the Mexican border, a town that has a dark side. Its secrets and his own past catch up with him as traits he thought he’d buried in the deserts on the frontiers of the border rise up again to haunt him.

To the citizens of Three Rivers, Henry Wallis appears to be a normal Texas teenager: a lean, quiet kid from a good family whose life seems to center around running cross-country, his first girlfriend, and Friday-night football. That Henry is a cultivated illusion, however, a disguise he wears to conceal his demons. Both meticulous and brutally cruel, he manages to hide his sadistic indulgences from the world, but with that success, his impulses grow stronger until one day when a vagrant is found murdered.

When Alex and Henry’s paths cross, it starts a domino effect that leads to mangled lives and chilling choices made in the shadows along la frontera, where everything is negotiable.

What listeners say about The Cuts That Cure