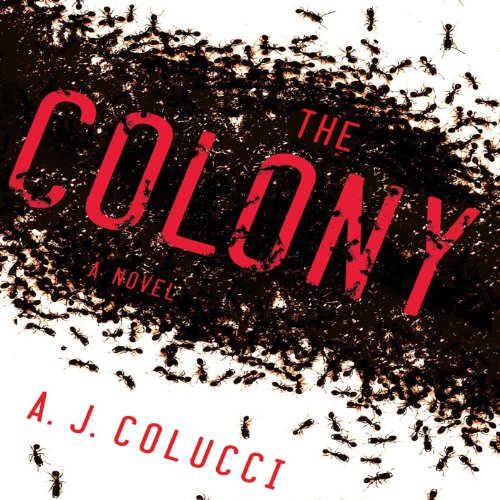 A series of gruesome attacks have been sweeping New York City. A teacher in Harlem and two sanitation workers on Wall Street are found dead, their swollen bodies nearly dissolved from the inside out. The predator is a deadly supercolony of ants - an army of one trillion soldiers with razor-sharp claws that pierce skin like paper and stinging venom that liquefies its prey.

The desperate mayor turns to the greatest ant expert in the world, Paul O’Keefe, a Pulitzer Prize-winning scientist in an Armani suit. But Paul is baffled by the ants. They are twice the size of any normal ant and have no recognizable DNA. They're vicious in the field yet docile in the hand. Paul calls on the one person he knows can help destroy the colony, his ex-wife Kendra Hart, a spirited entomologist studying fire ants in the New Mexico desert. Kendra is taken to a secret underground bunker in New York City, where she finds herself working side by side with her brilliant but arrogant ex-husband and a high-ranking military officer hell-bent on stopping the insects with a nuclear bomb.

When the ants launch an all-out attack, Paul and Kendra hit the dangerous, panic-stricken streets of New York, searching for a coveted queen. It’s a race to unlock the secrets of an indestructible new species, before the president nukes Manhattan.

A.J. Colucci's debut novel is a terrifying mix of classic Michael Crichton and Stephen King. A thriller with the highest stakes and the most fascinating science, The Colony does for ants what Jaws did for sharks.

Yes, especially if the friend was into science fiction. There is definitely nothing "new" here but, the book was exciting and had plenty of action. It will hold your attention and entertain.

HELL HAS COME TO US
Parts of this I really loved. I like nature specials and I like insects. Ants have complicated societies. Ants wage war, build colonies hundreds of miles long, farm and are mostly female.
If you like nature programs, you will also like large parts of this. This is the books' only saving grace, so if you think watching and learning about ants is a waste of time, you will not like this book.

THE MUSCLES OF HIS ARMS WERE HARD AND TREMBLING.
It wasn't long into this book that I realized that Colucci was female. It is a common trick of female authors who write in the Sci-Fi field to abbreviate their first name, to hide they are female. Don't worry, this is not chic lit, but it is noticeable. I thought it was funny that the main character who is an expert on ants, happens to be shapely or hot. The two main men who are the leading ant experts are hunky dream boats and our female lead has slept with both. Cause we all know that scientist are usually trim and fit sex gods and goddess. Forget what you see on Big Bang. This is A.J.'s debut novel and for a debut novel it is not bad. I, Jim the Impatient, did listen to the whole book. The characters are cliché. The story would make a good action movie, but it is not a great book. Most of this reads like a Patterson novel. She even has four feel good cliché endings, not one, but four. I like nature gone wild books and her next book is called Seeds or something similar and is about plants gone wild, so, it is possible I will continue to read her books, to see if she gets better.

This narrator is one of the worst. Her voice is mostly monotone. When she reads about a guy shooting himself in the head it is in the same tone as if he was buttering toast. I hope she gets a better narrator for her future books. I will not purposely listen to this narrator again.

If you have ever watched a romance/thriller movie or read such a book you know the plot and every turn and twist. ...and all the world's problems are solved at the end.

the narrator is terrible, so monotonous and has very little emotion to it. the story was ok, not very interesting to me and I found it very cliché, but friend enjoyed the cliché story but I struggled with it.