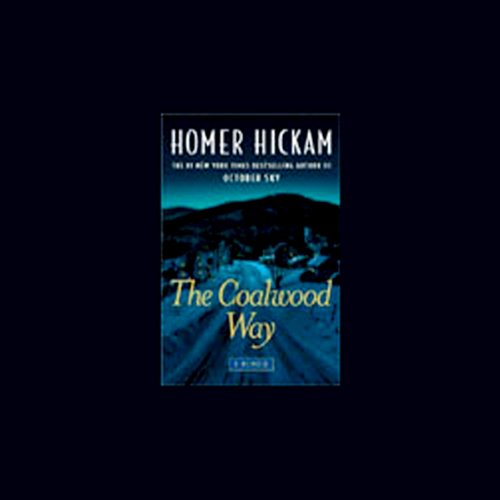 By: Homer Hickam
Narrated by: David Lansbury
Try for $0.00

It's fall, 1959, and Homer "Sonny" Hickam and his fellow Rocket Boys are in their senior year at Big Creek High, launching handbuilt rockets that soar thousands of feet into the West Virginia sky. But in a season traditionally marked by celebrations of the spirit, Coalwood finds itself at a painful crossroads.

The strains can be felt within the Hickam home, where a beleaguered Homer, Sr., is resorting to a daring but risky plan to keep the mine alive, and his wife, Elsie, is feeling increasingly isolated from both her family and the townspeople. And Sonny, despite a blossoming relationship with a local girl whose dreams are as big as his, finds his own mood repeatedly darkened by an unexplainable sadness.

Eager to rally the town's spirits and make her son's final holiday season at home a memorable one, Elsie enlists Sonny and the Rocket Boys' aid in making the Coalwood Christmas Pageant the best ever. But trouble at the mine and the arrival of a beautiful young outsider threaten to tear the community apart when it most needs to come together. And when disaster strikes at home, and Elsie's beloved pet squirrel escapes under his watch, Sonny realizes that helping his town and redeeming himself in his mother's eyes may be a bigger - and more rewarding - challenge than he has ever faced.

The result is pure storytelling magic - a tale of small-town parades and big-hearted preachers, the timeless love of families and unforgettable adventures of boyhood friends - that could only come from the man who brought the world Rocket Boys.

“A heartwarmer...truly beautiful and haunting.” (People)

“Irresistible...as compelling and rousing as a NASA liftoff.” (Atlanta Journal-Constitution)

What listeners say about The Coalwood Way

One for the books

This is a very well written book. The life of Homer Hickam was filled with hardships and triumps. I read the book in almost seven hours. I would recomend tho, that you read "Rockey Boys" before you read or listen to this one.