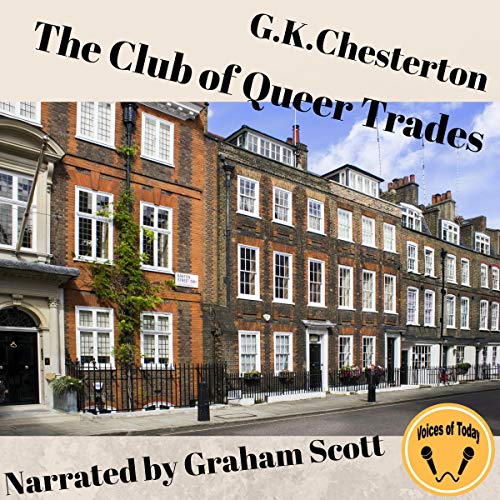 The Club of Queer Trades

The Club of Queer Trades by G.K.Chesterton

Gilbert Keith Chesterton (1874-1936), was an English writer, poet, philosopher, dramatist, journalist, orator, lay theologian, biographer, and literary and art critic. Chesterton is best known for his fictional priest-detective Father Brown. In The Club of Queer Trades, narrator 'Cherub' Swinburne and his friends, the eccentric former judge Basil Grant, and Basil's younger brother, private detective Rupert Grant, encounter six curious mysteries, each involving someone who makes a living in an extraordinary and bizarre - in the language of the time a 'queer' - way. But what is the Club of Queer Trades?

What listeners say about The Club of Queer Trades

I am a keener reader of classics and thought this might be interesting but it was not.