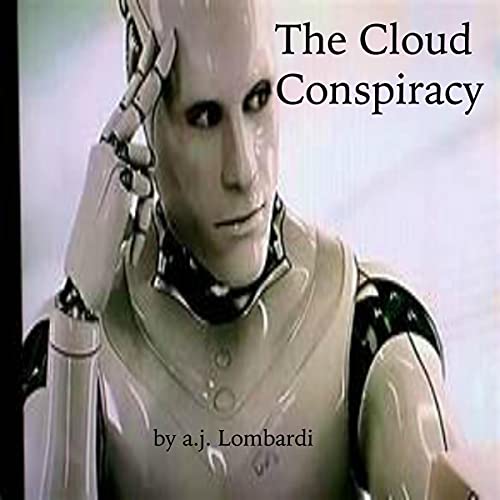 The ongoing case of "The Cloud Conspiracy" is taken from the files of special agent Tray Marrow. A super-intelligent UFO crash survivor is held at a quasi-government research company named Genesis 15. He is given the name Lawrence. As an advanced species, he creates an implantable microchip enabling humans to become one with the cloud. A power-hungry loner named Larry Fledges realizes the power that the microchip holds. He steals the chip and self-implants becoming "one with the cloud". The clock is now ticking for special agent Marrow to locate Fledgers before world chaos ensues.

Imagine if a person or government entity had real-time access to know everything about you. What you buy, listen to, or watch on tv, how about your financials, your personal photos, and your social network of friends and family. The fact is someone does, but for now, you cannot see him, touch, feel or reason with him and yet he knows everything about you. He has the power to decline your purchase at the mall and does not care what you think or feel. He only does what he is programmed to do. That very real entity is called the cloud.

For now, the cloud only serves mankind and makes our lives easier. However, what if there was an implantable microchip that could make a human one with the cloud?

An all-powerful entity with total control over your life. Folks this is not science fiction, in fact, this scenario is a lot closer to becoming a reality than you could ever imagine.

Our story’s main character is someone who calls himself Lawrence, he is mysterious, brilliant, and reclusive. His work will lead to the creation of an implantable microchip that can Interface the human brain with what we know as the cloud. And this is where our story begins...

What listeners say about The Cloud Conspiracy

Very interesting listen. With all that is taking place in our current society it was a bit unnerving to think of what the government could be capable of. The narrators voice threw me off a bit at the beginning and grew on me as the story closed. Definitely recommend.

This story is very interesting and extremely intriguing! It constantly makes you think and ponder what the narrator is saying! Great writing, and great narration! Enjoyed very much!

I must agree with the book the more technology increases human interaction decreases. It is a scary thought that this book could be or become accurate in the near future where aliens or A.I's can assimilate into the human existence so easily and go unknown. I found this book to unique, entertaining yet frightening all at the same time. I would definitely recommend this short book because it will get you to thinking about what the government could be capable of.

enjoyed this book but wish it could have been longer though.
narrator was very good.