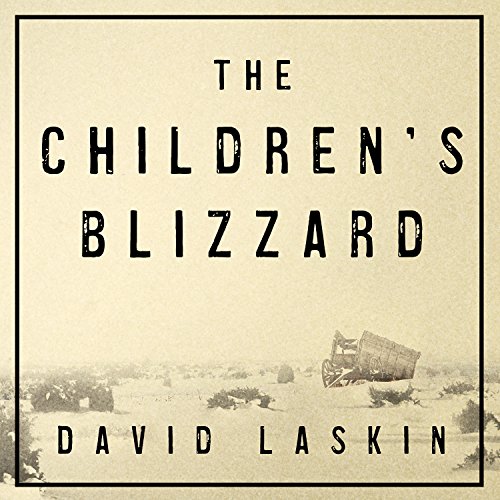 By: David Laskin
Narrated by: Paul Woodson
Try for $0.00

January 12, 1888, began as an unseasonably warm morning across Nebraska, the Dakotas, and Minnesota, the weather so mild that children walked to school without coats and gloves. But that afternoon, without warning, the atmosphere suddenly, violently changed. One moment the air was calm; the next the sky exploded in a raging chaos of horizontal snow and hurricane-force winds. Temperatures plunged as an unprecedented cold front ripped through the center of the continent.

By Friday morning, January 13, some 500 people lay dead on the drifted prairie, many of them children who had perished on their way home from country schools. In a few terrifying hours, the hopes of the pioneers had been blasted by the bitter realities of their harsh environment. Recent immigrants from Germany, Norway, Denmark, and Ukraine learned that their free homestead was not a paradise but a hard, unforgiving place governed by natural forces they neither understood nor controlled.

What listeners say about The Children's Blizzard

This book is very well researched and the first third of it includes much information about settlement of the American mid-west and the gathering of meteorological data and weather forecasting at that time. This was so well written that it managed to hold my interest but if you prefer to skim over those chapters, the historical stories of the January 12, 1888 devastating blizzard (and its aftermath) begin with chapter 5 entitled "Cold Front". There are many human interest tales revealed of children and/or adults desperately trying to just get home through zero visibility, high winds, freezing temperatures and stinging snow! It's an unforgettable, spellbinding read.

I was disappointed that the author was demeaning towards farmers, and Midwesterner in general and condescending about the faith and the relationship these people felt they had with God.
In the final chapters, even throwing in the attitude that the settling of the Midwest was a huge failing experiment. After all, we are only fly over country, that will go out looking for a stray cow, if necessary! I was hoping for a story of success of these immigrants. Fell short!!!!

The author did his homework! This book is wrought with stories handed down over the generations from people who survived this historic storm. He paints a painful and sad tale of life in the rural midwest, taking you back to the Ukraine to follow certain immigrant familes from the start of their journey to the the farmlands where in 1888 they fell victim to this terrible act of god.

The weather forecasting information got a little too technical for me. And the narrator seemed at times to be talking to the point of being out of breath, where he'd kind of spit out the last word of his sentance. I found that a little distracting. But overall this was a great read. I couldn't put it down. I cried at parts. Over a hundred years later and the author leaves you grieving over the losses experienced that awful day.

This book has too much detail about weather and not enough of a storyline. we listened until half way through and then gave up.

This book was very close to what I was looking for when I bought it. My complaint revolves around the author trying to cram to much data and mostly irrelevant facts into the book. I think this was a seven hour audio book extended to nearly twelve hours unnecessarily. Overall, I really found it interesting, even some of the excess information, but it would be better if it got to the point with a bit more focus.

It was interesting to hear this story as it brought much information about the inception of weather predicting, how the in-fighting or power struggles between industustries (Military, Railroad, Western Union, Newspapers etc) was prevalent and played a part in the backdrop of the Children's Blizzard.

Especially enthralling and heart-wrenching tale of just how unrelenting an unpredictable and tragic storm can be. Also, very timely tale with January 2018's recent east coast's nor easter (bombcyclone). Makes one most grateful to live in today's time of advanced weather and storm forecastability.

If you ever wished you were a pioneer...

...this will change your mind. Every negative thing that could happen to a group of people happened to these people. They survived one tragedy after another only to be mowed down by an unexpected winter storm. There was a fair amount of tangenting by the author, but I took that as letting us know the subjects as well as possible and appreciated the inclusion of so much detail. It is amazing there were so many letters and writings still in existence describing the era. I found it very enlightening.

I made it through

Perhaps this is a book better read than listened to. The narrator gives a great effort to create emotion with his inflection and delivery. The book itself is really too many short stories about individual/family experiences. You don’t connect with any characters. In the end, I think the author tries to create a story around an even where one doesn’t exist.

Meteorologist and pathologist will enjoy this book. The average reader will not.