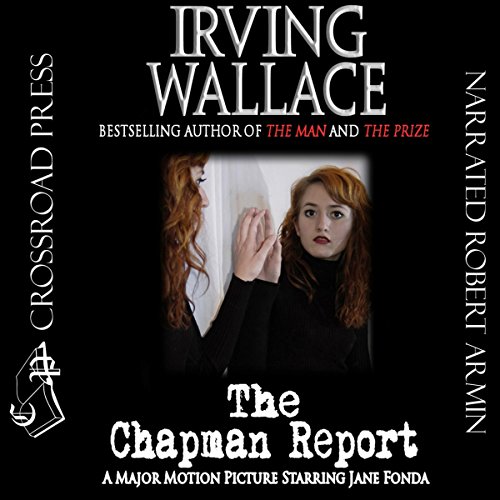 Based on the Kinsey reports, in which Dr. Alfred Kinsey conducted interviews with thousands of men and women on their sexual habits, Irving Wallace's blockbuster novel The Chapman Report concerns the interviewing of a number of society ladies from a community in California known only as "The Briars". These interviews, intended to extract data for a book on the sexual habits of married women, lead the listener on a trail through the lives and loves of several very different women, and the men in their lives.

At the same time, the novel examines the lives of those conducting the interviews, their morals and motives, and at last becomes a treatise on love, and sex, and everything in between. As the respectable ladies of Briarwood reveal the most intimate details of their sex lives to the eminent Dr. Chapman and his researchers, they find themselves face to face with long hidden emotions and dangerous desires. (The Chapman Report is an International best-selling novel that was made into a Warner Bros. movie starring Jane Fonda in one of her earliest roles.)

Long, complicated, yet worth a second listen

There is something captivating about this book. It is long, layered and somehow complex. Although I finished it, I have it noted for a definite round 2. I feel I missed a lot. I wasn't as focused and attentive as I should have been. This book deserved more than I gave it. The Kinsey subject material is compelling, the interaction of researchers and participants is interesting. It is not a 'light' listen. Be ready to study this book....