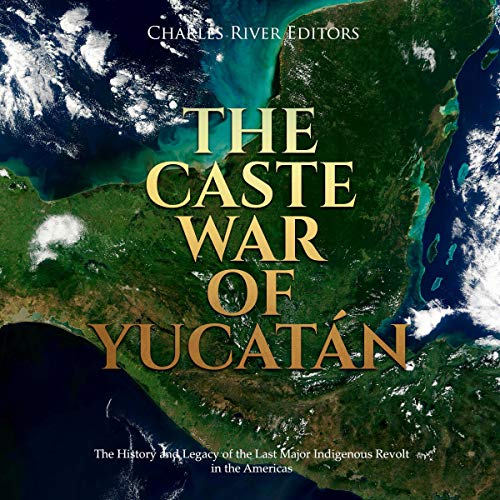 The Caste War of Yucatán

When the Spaniards "discovered" Yucatán, they thought it was an island. Although they later realized that it was part of the vast country that Cortés had conquered, they were not very wrong to think of it as an isle, considering the zealous and independent spirit that has characterized its inhabitants then and now. Although it has been part of Mexico for 170 years, it was encouraged by the example of Texas, compelling the peninsula to twice proclaim its independence and create the short-lived Republic of Yucatán. Many presidents in Mexico had to repress the great peninsula that, despite its longing for independence, had a vibrant foreign trade with the world capitals and a privileged geographical location, even as it lacked the abundance of resources that Texas and California possessed.

It was especially the cultivation of henequen, a resistant fiber obtained from an agave that’s useful for many industries, that propelled the economic development in Yucatán. This helped interest many capitalists when it came to settling in Mérida, one of the most beautiful cities in Mexico and the Americas, the so-called "white city."

As that suggests, Yucatán was not a wasteland when the first shipwrecked, battered Spaniards arrived on its shores. In fact, they found the descendants of an ancient civilization who refused to be conquered and who, when they finally succumbed to the steel and germs of the Europeans, refused to assimilate and instead disappeared into the jungle. By the mid-19th century, virtually all the native peoples of America had been defeated or were fleeing in small bands from canyon to canyon, only for the Maya to lead the last great, indigenous rebellion in the Yucatán, attempting to shake off the white domain initiated through the conquest of Spain. The so-called "Caste War" was a total war, much larger than the skirmishes with the Native Americans in the United States around the same time. While the Apaches and Comanches were barely bands of men attacking towns and ranches, wandering homeless, the Mayan rebellion was nothing less than a war of annihilation in an attempt to take back their former nation.

For many years, large portions of the peninsula were under the control of these proud Native Americans, leaving its roads and jungles essentially forbidden to the white man. Ironically, these events would help Western academics “rediscover” the Maya civilization, and several archaeological and scientific expeditions began to dig up the cities, monuments, and pyramids that make this part of Mexico one of the most frequented places by international tourists today. Thus, while a successful hotel industry was growing in the “very sad country” with the most spectacular beaches, and the ancient Mayan cities were acclaimed, their descendants were left in poverty and oblivion.

Using the weapons that they retained from service in the Yucatec army and weapons supplied by the British through Belize, the Mayan insurgents in the Caste War, as it came to be known, almost succeeded in taking over the entire Yucatan. However, on the eve of what would have been a successful siege of Mérida, the Maya soldiers gave up and returned to their fields. Pursued by the Yucatec forces, the Maya melted back into the jungle and formed communities that exist to this day.

The Caste War of Yucatán: The History and Legacy of the Last Major Indigenous Revolt in the Americas examines the events that brought about the rebellion, the people who fought it, and the results. Along with a bibliography, you will learn about the Caste War like never before.

What listeners say about The Caste War of Yucatán