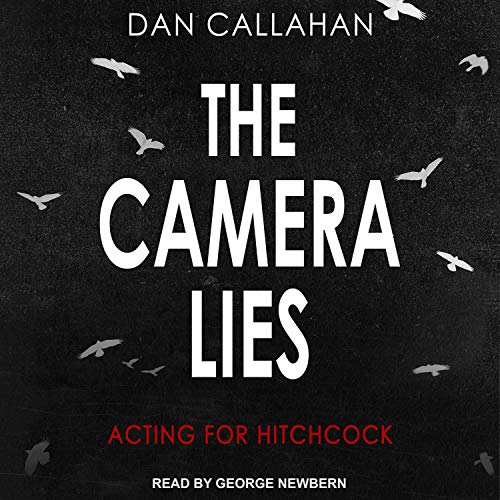 By: Dan Callahan
Narrated by: George Newbern
Try for $0.00

Alfred Hitchcock is said to have once remarked, "Actors are cattle", a line that has stuck in the public consciousness ever since. For Hitchcock, acting was a matter of contrast and counterpoint, valuing subtlety and understatement over flashiness. He felt that the camera was duplicitous and directed actors to look and act conversely. In The Camera Lies, author Dan Callahan spotlights the many nuances of Hitchcock's direction throughout his career, from Cary Grant in Notorious to Janet Leigh in Psycho. Delving further, he examines the ways that sex and sexuality are presented through Hitchcock's characters, reflecting the director's own complex relationship with sexuality.

Detailing the fluidity of acting, Callahan examines the spectrum of treatment and direction Hitchcock provided well- and lesser-known actors alike, including Ingrid Bergman, Henry Kendall, Joan Barry, Robert Walker, Jessica Tandy, Kim Novak, and Tippi Hedren. As Hitchcock believed, the best actor was one who could "do nothing well" - but behind an outward indifference to his players was a sophisticated acting theorist who often drew out great performances. The Camera Lies unpacks Hitchcock's legacy both as a director who continuously taught audiences to distrust appearance and as a man with an uncanny insight into the human capacity for deceit and misinterpretation.

What listeners say about The Camera Lies