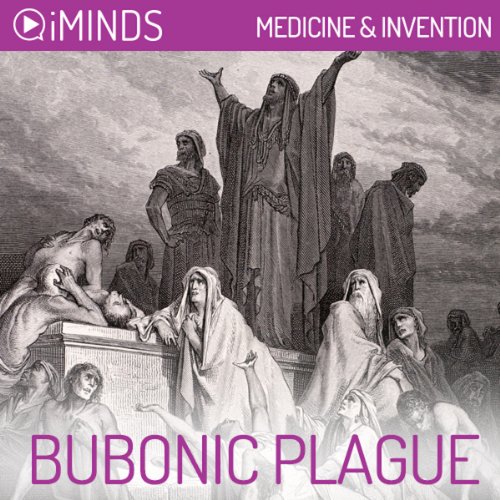 By: iMinds
Narrated by: Ellouise Rothwell

Learn about the history of The Bubonic Plague with iMinds insightful audio knowledge series.Bubonic plague is widely regarded as being responsible for two of the most infamous plagues in recorded history - the Black Death in the mid-fourteenth century and the Great Plague of London in 1665.

The causative organism of modern-day plague was discovered independently in 1894 by two bacteriologists: the Swiss born Dr. Alexandre Yersin and Dr. Shibasaburo Kitasato from Japan. Both were conducting research in Hong Kong during the third plague pandemic then occurring in Asia. Kitasato was working with the backing of the British authorities and had access to autopsies of plague victims at Kennedy Town Hospital. Yersin had to make do with a straw hut and was bribing grave diggers to allow him to cut samples from corpses prior to burial. Yersin was the first to correctly identify the plague bacillus, initially naming it Pasteurella pestis in honor of his French patron, Louis Pasteur.

This is a short recap of the bubonic plague. It’s good, interesting, and well written. It’s read well.

nothing fancy, and inexpensive thing to add to your library. But it’s worth a listen if you have even a slight remote interest in the bubonic plague