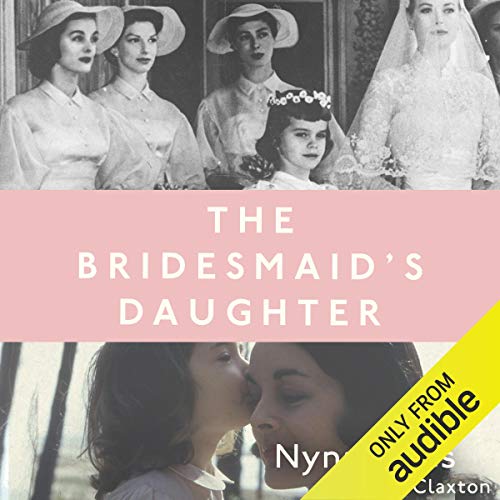 A daughter's poignant search to understand her mother, Carolyn Scott - once a bridesmaid to Princess Grace and a world-renowned Ford model - who spent her final years in a homeless shelter.

Nyna Giles was picking up groceries at the supermarket one day when she looked down and saw a woman on the cover of a tabloid beneath the headline: 'Former Bridesmaid of Princess Grace Lives in Homeless Shelter'. Nyna was stunned, afraid that someone would know the woman on that cover, Carolyn Scott, was her mother.

Nyna's childhood had been spent in doctor's offices. Too ill, she was told, to go to school like other children, she spent every waking moment at her mother's side at their isolated Long Island estate or on trips into the city to see the ballet. The doctors couldn't tell her what was wrong, but as Nyna grew up, her mother, who'd always seemed fragile, became more and more distant.

Now Nyna was forced to confront an agonizing realization: she barely knew the woman on the magazine in front of her. She knew that her mother had been a model after arriving in 1950s New York, staying at the Barbizon Hotel, where she'd met the young Grace Kelly, and that the two had become fast friends. Nyna had met Grace and seen the photos of Carolyn at her wedding, wearing the yellow bridesmaid gown that had hung in her closet for years. But how had the seemingly confident, glamorous woman in those pictures become the mother she knew growing up - the mother who was now living in a shelter?

In this powerful memoir of friendship and motherhood, Nyna Giles uncovers her mother's past to answer the questions she could never ask.

What listeners say about The Bridesmaid's Daughter

It took me a while to settle into this story , the chapters were all over the place . I had to re listen to some of them to get the characters in the correct order . The actual story was heartbreaking and I ended up feeling sorry for the bridesmaid , not the daughter . Mental illness is a terrible thing .