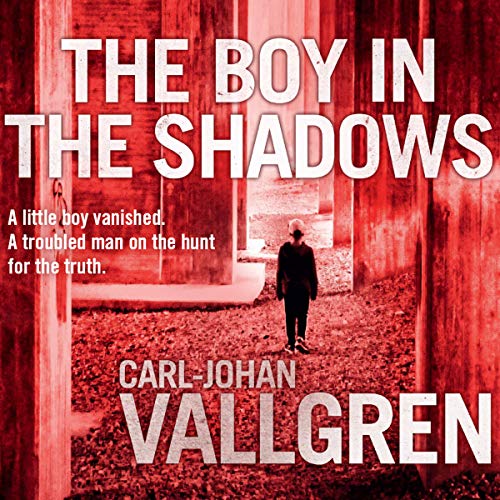 The Boy in the Shadows

The Boy in the Shadows

By: Carl-Johan Vallgren
Narrated by: Matt Bates
Free with a 30-day trial

It's 1970. In an overcrowded Stockholm subway station, a harried father and his two boys are late for their train. Joel, the youngest, is howling in his stroller, and his seven-year-old brother, Kristoffer, refuses to take the elevator.

A woman approaches and helpfully offers to lead Kristoffer up the stairs. Reluctantly his father agrees, but when he arrives on the platform Kristoffer and the woman have vanished without a trace. The kidnapping becomes a national sensation, but the boy is never found....

Today. Joel, now an adult, goes missing in suspicious circumstances. His frantic wife turns to Danny Katz - an old friend with a troubled past - for help. A brilliant computer programmer and recovering heroin addict, Katz is also the divorced father of two young girls. Katz begins to dig behind the digital veil in search of Joel, even though the investigation quickly interferes with his duties as a parent. Before long, Katz discovers he isn't the only one trying to find Joel.

The deeper Katz digs, the more upsetting the secrets he uncovers about the wealthy and powerful family at the heart of the investigation. Chillingly, the case takes a violent turn that reveals a disorienting connection to Katz's own troubled childhood. Soon there will be no backing out of his unofficial investigation.

"Impressive...grittiness abounds till we reach the pinnacle - a deliciously scary, bloodthirsty climax I defy anyone to read without all the lights on." ( The Bookbag)
"A brilliant debut thriller: well-written, thought-provoking, smart and terrifying." ] Dagens Naeringsliv (Norway)]
"An impressive debut in the crime genre, written in a style as spectacular as Lars Kepler's books." [ Dagens Nyheter (Sweden)]

What listeners say about The Boy in the Shadows

Could have been 3 hours less. So slow it us confusing. Would not recommend this book