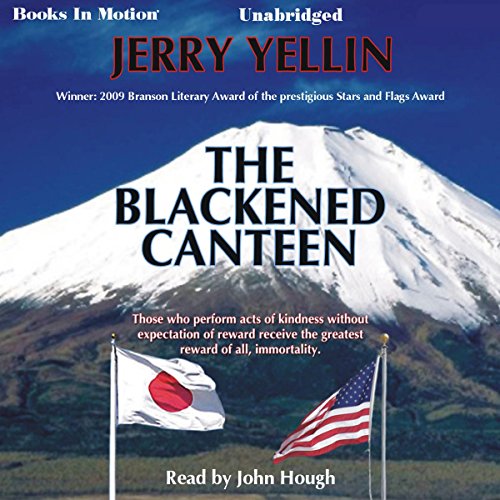 By: Jerry Yellin
Narrated by: John Hough
Try for $0.00

On June 20, 1945, just before the end of the war, 123 American bombers took off from the island of Guam for an attack on Shizuoka, a Japanese city at the foot of Mount Fuji. The raid destroyed two-thirds of the city, taking the lives of 2,000 of its citizens. Twenty-three American airmen also died when two of their planes collided in mid-air.

That these 23 men were enemy soldiers mattered little to one Japanese person who buried their remains next to the graves of the Shizuoka citizens killed in the attack and erected a memorial for them there. Many years later, in 1971, another Shizuoka citizen learned of this. He began holding his own ceremony beside the memorial, praying for the souls of the 23 Americans each year on the Saturday closest to June 20. Though the two countries were once at war, the selfless action of one Shizuoka citizen over 60 years ago has built a bridge between the two countries, inspiring a campaign for peace among Japanese and American citizens, and strengthening ties between the two countries.

What listeners say about The Blackened Canteen

A very insightful book that shows clearly the commonalities of humanity and the ravages of war. Mr. Yellin must be acknowledged for putting a very human face on the atrocities of the Great Wars