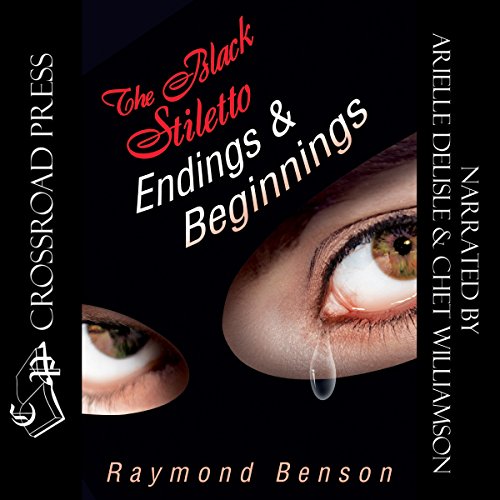 Raymond Benson's The Black Stiletto: Endings & Beginnings is the startling, climactic finale to the five-book, critically-acclaimed saga of The Black Stiletto. It's 1962. Judy Cooper, the Black Stiletto, is devastated at the betrayal by her nemesis and former lover, mobster Leo Kelly. Additionally, Leo and his psychotically dangerous sister, Christina, have set out to ruin the Stiletto's reputation in L.A. with a series of crimes that are made to appear as if the crime fighter is responsible. The very pregnant Judy must fight back only with her wits and cunning - until disaster strikes and she is forced to flee to her old home town in Texas for the final showdown with destiny. Meanwhile, in the present, the Alzheimer's that afflicts elderly Judy is in its last stage, but her son and granddaughter, Martin and Gina, must continue to protect her from the past's last remaining assault, culminating in a cathartic and explosive conclusion.

The narration was terrific, as was the book. It will be hard to find another as exciting.
Be prepared to lose sleep, it's impossible to put down.