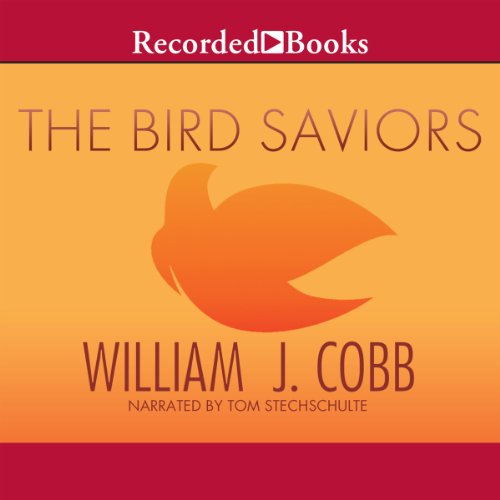 When a dust storm engulfs her Colorado town and pink snow blankets the streets, a heartbreaking decision faces Ruby Cole, a girl who counts birds. She must either abandon her baby or give in to her father, whom she nicknames Lord God, and marry a man more than twice her age who already has two wives. She chooses to run, which sets in motion an interlocking series of actions and reactions, upending the lives of an equestrian police officer, pawnshop riffraff, a disabled war vet, Nuisance Animal destroyers, and a grieving ornithologist who is studying the decline of bird populations. All the while, a growing criminal enterprise moves from cattle rustling to kidnapping to hijacking fuel tankers and murder as events spin out of control in a world in which the social fabric and economic structures seem on the verge of falling apart.

Set in a time of economic turmoil, virus fears, climate change, fundamentalist cults and illegal immigrant hardship, The Bird Saviors is a visionary story of defiance, anger, compassion and unexpected love, in which a young woman ultimately struggles to free herself from her domineering father, to raise her daughter in the chaos of the New West, and to seize an opportunity to become something greater herself.

In this brilliant new novel, William Cobb offers an elemental and timely vision of resilience and personal survival, but - most of all - of honest hope.