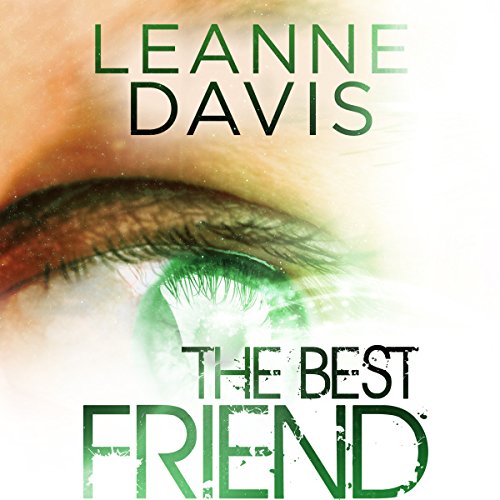 Gretchen Hendricks spent half her life in love with a man who ended up more dedicated to his job than to her. After a divorce that left her devastated, she put all her energies into building up her career as a psychologist. Now well into her 30s, she has achieved professional success and leads a model life. She has tried to let go of her girlhood dreams of a marriage and kids to complement her career. After being burned so thoroughly by the boy she'd given her young, girlish heart to, she is happier alone. Until one day she runs into her adolescent friend, Tony Lindstrom, and realizes the catastrophic circumstances that have ended his service in the United States Army.

It has been two years since the end of Tony's professional career and life as he knew it. But he has done nothing to accept what happened to him or even begun to learn how to live with it. He is holed up in his parents' house, without a job or prospects of any kind, and the thing is: He's just fine with that. He figures he's paid his dues to society more than the average person; doesn't he deserve to be left alone to deal with things how he wants? But then he runs into the one woman he always loved and could never have because she was always his best friend's girl.

Gretchen will not accept who Tony has become or that he has completely given up on living a worthwhile life. But Tony can't contemplate anything with Gretchen because to him, what good is a man who is incomplete on the outside but completely broken inside?

What listeners say about The Best Friend

Here we go again with another great story.

What did you love best about The Best Friend?

I loved the direction the story took. Most of the characters have been really put on the back burner for this story. It mainly focuses on Grethen and Tony. We are introduced to Helen and her grand daughter who play a huge role in this story.

What does Brittany Pressley bring to the story that you wouldn’t experience if you just read the book?

She does a great job with the characters, tone, and the mood set for this book. The previous books she seemed really seductive. Now, we are getting more to a natural voice which makes the stories way more enjoyable.

This story shows the flip side of Gretchen. As a reader, I seen her as this very unbreakable person who helps people unconditionally. As the book progressed it almost seemed like she was keeping score. I feel like she became very selfish and kept reminding Tony that he was nothing before her. However, anyone in her position might be the same way.

Being the main person who helps him along the way then he amounts to way more then they expected. She becomes selfish and if someone said the things she did to me I would of put them in their place. I was very surprised on how Tony reacted. However, it did make a great ending.

Great story. I would say it is safe to say this book unlike the others really doesn't need any warning labels on the content. It's tasteful and well written. Glimpse of hot sex and language. Compared to the other books it is very mild.

I really enjoyed this story. The characters were great and are dealing with big issues. Tony is a military vet that lost his arm and he has been dealing with the aftermath since, and not well. He has become a big jerk and shut himself off in the worst way. We see Gretchen again and watch her take on Tony and his surly behavior but it is different this time as there is more there for the first time. Neither know what to do with it. Tony because he doesn’t believe himself worthy and doesn’t trust that she finally sees him that way unless it’s out of pity. Gretchen because it is far fetched and knows that Tony needs help to move forward in his life and find a reason to actually live again. She also knows he doesn’t trust it. Gretchen is also watching a friend die of cancer, knowing that she will be taking her granddaughter to care for when it’s over. It’s not an easy situation and there are a lot of obstacles these two have to overcome in order to find their happy ending.

loved it...sorry it's over

excellent narration. loved the story and the emotional depth of each character. wow! Very well done in every way. Thank you.