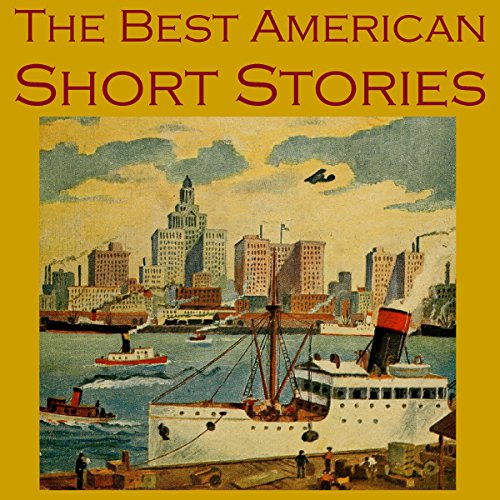 A wonderful collection of short stories" by some of the all-time great American writers.

3. "The Fall of the House of Usher" by Edgar Allan Poe

4. "The Eyes of the Panther" by Ambrose Bierce

8. "The Man who stole a Meeting House" by John Townsend Trowbridge

11. "The Lady or the Tiger" by Frank Stockton

12. "The McWilliamses and the Burglar Alarm" by Mark Twain

14. "The New Englander" by Sherwood Anderson

18. "My Favorite Murder" by Ambrose Bierce

20. "The Pit and the Pendulum" by Edgar Allan Poe

25. "An Egyptian Cigarette" by Kate Chopin

What listeners say about The Best American Short Stories

voice is too rough and raspy.

unfortunately I could not finish. narrator's voice does not work for me. not recommded.

Would you try another book from the authors and/or Cathy Dobson?

Would you be willing to try another one of Cathy Dobson’s performances?

I found the narrator difficult to listen to because of her accent. (Maybe others wouldn't have the same problem.) It was also very challenging to choose a story and skip straight to it. The stories themselves don't deserve a low rating, but I did not even finish listening to one and I could not leave the rating blank.

As always, Mark Twain rules the day. The other stories don't rise to a memory.