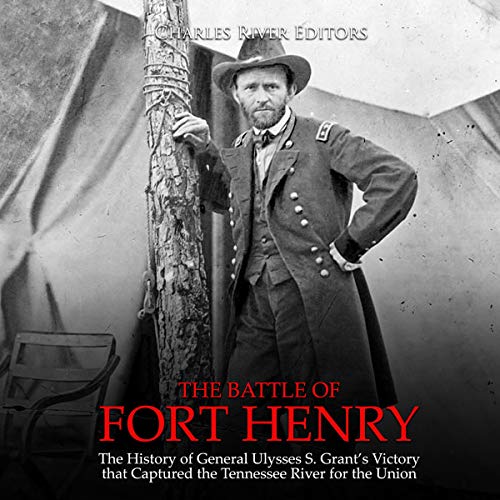 The Battle of Fort Henry: The History of General Ulysses S. Grant’s Victory that Captured the Tennessee River for the Union

While the Lincoln Administration and most Northerners were preoccupied with trying to capture Richmond in the summer of 1861, it would be the little known Ulysses S. Grant who delivered the Union’s first major victories, over a thousand miles away from Washington. Grant’s new commission led to his command of the District of Southeast Missouri, headquartered at Cairo, after he was appointed by “The Pathfinder”, John C. Fremont, a national celebrity who had run for president in 1856. Fremont was one of many political generals that Lincoln was saddled with, and his political prominence ensured he was given a prominent command as commander of the Department of the West early in the war before running so afoul of the Lincoln Administration that he was court-martialed.

In January of 1862, Grant persuaded General Henry “Old Brains” Halleck to allow his men to launch a campaign on the Tennessee River. As soon as Halleck acquiesced, Grant moved against Fort Henry, in close coordination with the naval command of Flag Officer Andrew Hull Foote. The combination of infantry and naval bombardment helped force the capitulation of Fort Henry on February 6, 1862, and the surrender of Fort Henry was followed immediately by an attack on Fort Donelson on the Cumberland River, which earned Grant his famous nickname “Unconditional Surrender”. Grant’s forces enveloped the Confederate garrison at Fort Donelson, which included Confederate generals Simon Buckner, John Floyd, and Gideon Pillow. In one of the most bungled operations of the war, the Confederate generals tried and failed to open an escape route by attacking Grant’s forces on February 15. Although the initial assault was successful, General Pillow inexplicably chose to have his men pull back into their trenches, ostensibly so they could take more supplies before their escape. Instead, they simply lost all the ground they had taken, and the garrison was cut off yet again.

In addition to giving him a famous sobriquet, Grant’s campaign was the first major success for the Union, which had already lost the disastrous First Battle of Bull Run in July 1861 and was reorganizing the Army of the Potomac in anticipation of the Peninsula Campaign (which would fail in the summer of 1862). It also exposed the weakness of the outmanned Confederates, who were stretched too thin across the theater.

The Battle of Fort Henry: The History of General Ulysses S. Grant’s Victory that Captured the Tennessee River for the Union analyzes the initial battle that put Ulysses S. Grant’s name on the map and paved the way for the rest of his Civil War career. You will learn about Fort Henry like never before.

What listeners say about The Battle of Fort Henry: The History of General Ulysses S. Grant’s Victory that Captured the Tennessee River for the Union

Poorly executed on every level

Fort Henry was a hiccup of a confrontation to obtaining Fort Donalson 12 miles away. Fort Donalson set up the Battle at Shiloh, then onto Vicksburg. I felt really let down that this detailed retelling of conversations and corredpondence fell short of putting it all in context.