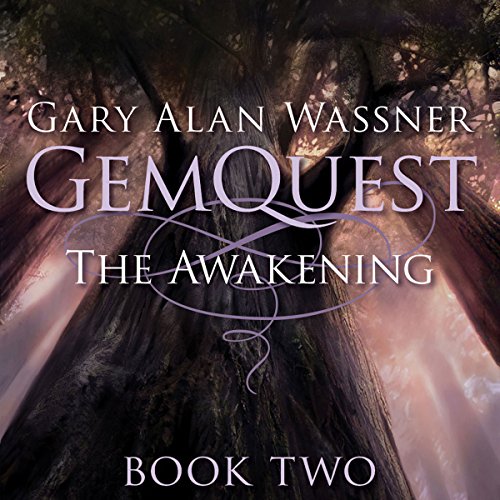 In this second volume of the GemQuest series, the battle lines have been drawn. The Dark Lord reaches beyond his realms in search of the heir, and the disparate nations of the world begin to recognize the magnitude of his evil. They rise up united and renew their bonds. From the dazzling ice kingdom of Eleutheria to the magnificent tree-top city of Seramour, revived allies succor and protect the Twins during the preparation for their all-important quest for the Gem of Eternity. But first Davmiran must be awoken from his spell of slumber. Colton dar Agonthea, nemesis of life, thwarted previously in the city of Pardatha, is determined to capture or kill the heir before he is revived, thus putting an end to the prophecy and preventing him once and for all from fulfilling his destiny.