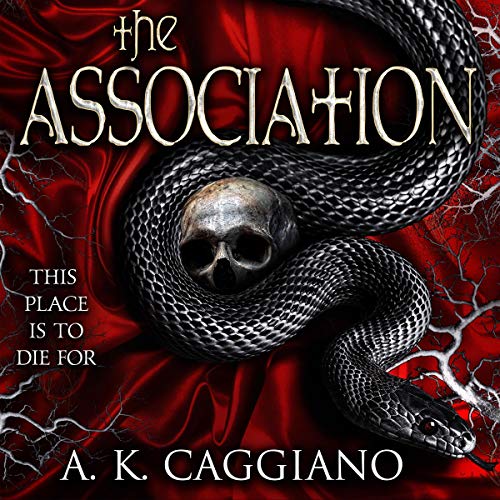 Things around Avalon Estates aren’t natural - in fact, they’re supernatural - but getting in is worth it. Some would even say the place is to die for.

Ivy Sylvan thought after losing her job, her apartment, and her boyfriend, that having no other option but to move in with her flunkee brother would be the cherry on top of her bad luck sundae, but after finding a dead body, she realized things can always get worse.

New to the long-established community of Avalon Estates, Ivy soon finds herself wrapped up in the petty squabbles of the homeowners’ association whose president just gave up the ghost, and it doesn’t look like his death is an accident. Unsurprisingly, the odd neighborhood isn’t as virtuous as it appears, full of hardened grudges and secret affairs, but Ivy is shocked when she learns her new neighbors aren’t just lying about their exploits - they’re lying about being human. Teaming up with the interim president, a witch who can conjure fire, Ivy attempts to unravel the mysterious circumstances surrounding the association president’s demise. Things only become more complicated when the suspect list includes a vampire, a werewolf, and perhaps the most dangerous creature of all: a really cute guy.

Can Ivy successfully divine the murderer while hiding her humanity from the beings that call Avalon Estates their sanctuary from those that are just like her? Or will the murderer out her first, turning her back into a failure with nowhere to live, or worse, into another victim?

What listeners say about The Association

The author and narrator have done a great job in bringing this story to life and made it a joy to listen to. The character work and story line were well written and kept me entertained

I received a copy of this audiobook and am voluntarily leaving my honest review.

Don't let the cover fool you, this book is a lot more fun than horror. Although there is a murder mystery, it is not gruesome in anyway but really enjoyable.

Ivy moves in with her brother and pretty soon discovers that they have been mistaken for mystical creatures. I really liked this take on Urban Fantasy.

I received a copy and am leaving a review voluntarily.

I LOVED this. Disregard the horror book cover.

Ivy and her brother have landed on their feet. BUT have they really? This writer really draws you in and you will love the paranormal characters. It is not a horror story but an adventure which I chose only because I have previously loved other books by this author.

This is my first book by this author. LOVED IT!! It is has mystery, paranormal and humor. 3 things i love! Fast paced with lots of twists and turns to keep you guessing. Once you start reading you won't want to quit till the end. Can't wait to read more!

I surprisingly enjoyed this listen. It is much different than the normal things I listen to but I really enjoyed it. It seemed a little bit like that show The Gates from back in the day which made it interesting to me. I enjoyed the mystery and suspense of who done it all the way to the end. I liked the characters and the dynamic between them. The narrator was good and I enjoyed listening to her. I am not sure if this is the start of a series or just a single book but I will def continue listening if there is more!!

I absolutely LOVED this story!!
This was so much fun and my new goal is to move to Avalon Estates!
The author is new to me, but the cover (which I LOVE) and the blurb had me diving in! I was not dissapointed!!
Great writing, fun storyline and characters. Ivy's brother had me cracking up.
Excellent narration on the audio.
Looking forward to reading more!!

Ivy Sylvan thought moving in with her younger brother temporarily would be a good idea after losing her apartment, job and boyfriend… but she should have taken the time to read the association’s contract. Ivy soon learns that Avalon Estates is a paranormal community of witches, werewolves, vampires and sirens just to name a few. This is not the place to live if you are human, but Ivy is human, and living with her clueless brother. Ivy decides to make the best of a bad situation and team up with a witch (who knows her secret) to help solve a murder? I really enjoyed this audiobook and Ellen Quay does an excellent job with the narration. I hope that A.K. Caggiano continues this storyline because I’m looking forward to what comes next at Avalon Estates. I received this audiobook from the author at my request and have voluntarily left this review.

I enjoyed this story

Ivy went to live with her very unsettled brother. The leader of the community a werewolf named Rufus is murdered. The story has all kinds of characters. Vampires & Witches along with many more. There is also a giant tarantula. Ivy is trying to find out who killed Rufus. It is full of humor, magic & friendship. A new favorite author for me and a must read for you.

Great way to end a book....but I still want more! From the very beginning it had me guessing at who the murder was and then to find out at the end....🤯

Entertaining who done it story

Very entertaining and kept me listening. Not heavy on romance, just a mystery with a paranormal twist. The narrator did a good job with the voices and the plot kept me engaged.

I absolutely loved this book and hope there is more in this series.
Brilliant storyline and amazing characters. I highly recommend.
The narration was really great too.
❤️😻🤩🥳

If I could give more than 5 stars this book would definitely be worth more. Any book with the lines "You've been poisoned", "Not Again" in it are a must read. Ivy a human goes to live with her brother unknowing moving into a exclusive paranormal enclave. Then a murder is committed. Brilliant story full of intrigues, affairs and secrets with lots of wonderful characters. Superbly written with great humour and style. The Narration gives the book even more to enjoy. I cannot recommend this highly enough. I received a complimentary copy via Storyorigin and am leaving a voluntary honest review