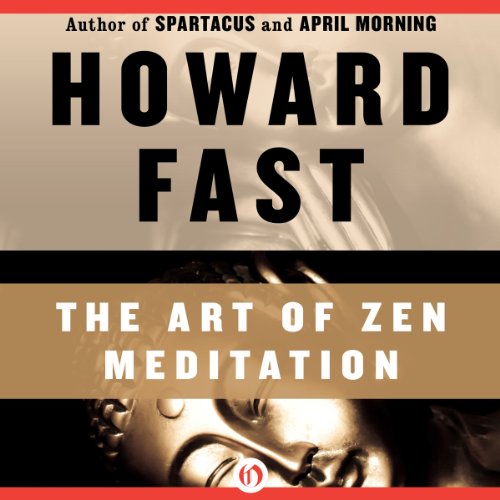 The Art of Zen Meditation

By: Howard Fast
Narrated by: Neil Hellegers
Try for $0.00

Howard Fast began to formally practice Zen meditation after turning away from communism in 1956. The Art of Zen Meditation, originally published by the antiwar political collective Peace Press, in 1977, is the fruit of Fast’s study: a brief and instructive history of Zen Buddhism and its tenets, written with a simplicity that is emblematic of the philosophy itself. Fast’s study of Zen also inspired his popular Masao Masuto mystery series about a Zen Buddhist detective in Beverly Hills, which he published under the pseudonym E. V. Cunningham.

What listeners say about The Art of Zen Meditation

loved it.
more suggestion from the author would be appreciated.
the way zen is described in this book is itself very meditative

This is a very clear, basic introduction to Zen meditation. A fast listen and easy to understand. Good for repeat listening

A Disappointing Waist of Time

I don’t usually give such hard reviews, but come on! Given the vast amount of reference information available, albeit some being quite pathetic I will admit. The author couldn’t do one better than this for an inquiring mind? The narration was pretty decent! Very disappointed in the content.