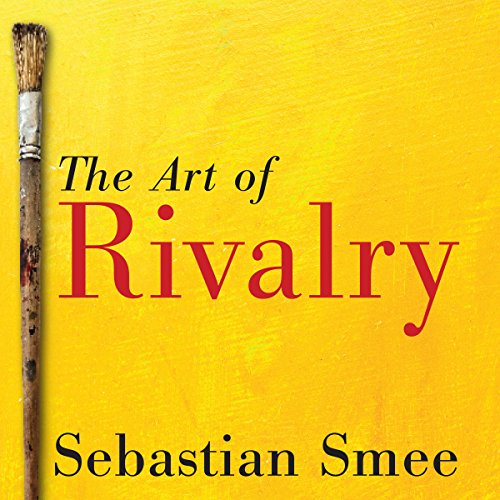 The Art of Rivalry

By: Sebastian Smee
Narrated by: Bob Souer
Try for $0.00

Rivalry is at the heart of some of the most famous and fruitful relationships in history. The Art of Rivalry follows eight celebrated artists, each linked to a counterpart by friendship, admiration, envy, and ambition. All eight are household names today. But to achieve what they did, each needed the influence of a contemporary - one who was equally ambitious but who possessed sharply contrasting strengths and weaknesses. Edouard Manet and Edgar Degas were close associates whose personal bond frayed after Degas painted a portrait of Manet and his wife. Henri Matisse and Pablo Picasso swapped paintings, ideas, and influences as they jostled for the support of collectors like Leo and Gertrude Stein and vied for the leadership of a new avant-garde. Jackson Pollock's uninhibited style of "action painting" triggered a breakthrough in the work of his older rival, Willem de Kooning. Lucian Freud and Francis Bacon met in the early 1950s, when Bacon was being hailed as Britain's most exciting new painter and Freud was working in relative obscurity. Their intense but asymmetrical friendship came to a head when Freud painted a portrait of Bacon, which was later stolen.

What listeners say about The Art of Rivalry

The book is interesting enough as a historical account of various artistic frenemies, but the narration is so bland and ugly that it kills any lyrical flow inherent in the stories. Bob Souer needs to learn how to pronounce foreign words— he waged an aural attack, with non-English terms as his weapons. Boo!

I thoroughly enjoyed listening to these so interesting stories but missed the 'real book' to look at the illustrations and to catch up on the many details and names.
While Bob Souer is an excellent narrator I felt unhappy with the pronunciation of foreign names.

I've sometimes thought that artistic genius forgives all kinds of bad behavior--bad-mouthing, family cruelty, general rudeness, even mild violence. This thoughtful and entertaining book demonstrates that idea. The eight modern artists profiled, geniuses all, do lots of bad things to each other and to third parties. Impossible behavior characterizes Francis Bacon, Jackson Pollock, Picasso and to a lesser degree the others.

The author focuses on four sets of contemporaries, friends and rivals each, placing them in their time and culture. Smee's theory on artistic rivalry, each pair benefiting from their ambivalent relationship with each other, makes sense (although I thought he was reaching when he described Pollock and de Kooning). The book is loaded with colorful anecdotes about the artists and their circles.

Readers who like modern art or painting generally will enjoy this book very much.

Artists are people too.

When we think of artists whose acclaim we now take for granted, some of which completely changed the course of modern art, it's hard to imagine the kind of challenges and periods of great doubt that they experienced before fully developing their work. The author sympathetically looks at a rather human side of these people who became greater than life. He chooses four couples of painters who influenced each other as friends, but also as rivals: Francis Bacon and Lucien Freud, Manet and Degas, Matisse and Picasso, Pollock and de Kooning. The book is very accessible and fascinating from start to finish.

I can't say that I'm a fan of Bob Souer's work here. He's competent at reading in English, but makes a mess whenever he reads in other languages, especially French, and there's quite a bit of it. It's nearly comical how unintelligible his pronunciation turns out. He even manages to read incorrectly a simple name like Gonzalez, placing the accent in the last syllable, which is annoying when done repeatedly. Also, although his English is very clear, I find his monotone style very boring. It reminds me of old, black and white documentaries that feel quite dated. I suppose it's a matter of taste. Luckily, the book is interesting enough that I remained engaged despite these issues.

Loved this. Fascinating to learn how these pairs of artists crossed paths, feuded, made up, influenced each other, and impacted art and culture more broadly. Great cameos from folks like Gertrude and Leo Stein, Lee Krasner, Peggy Guggenheim, and many others. Interesting, packed with information on the artists and the cultural contexts in which they worked, but broken into short, easily digestible sections.

The performance has a touch reflecting that of the painters described. A slightly lilting touch here, a clinical rendering there. Well done.

My favorite book from Audible so far

I've been devouring every artist biography on Audible over the past 2 years, and this is by far my favorite. I've read separate biographies about each of the artists mentioned in this book, but reading about their rivalries and friendships with one another makes the material much more personal and memorable. love it so much

lovely book. open my understanding about some very important life lessons in art. Thank you

It depends on what you want to get out of it. I like to be inspired by artists, inspired to paint. This is not an uplifting book. It's mostly about arguments, and sad painters.

As a painter ,this is wonderful insight to the modern art ,abstract world of the 20th centenary. I will listen more than just once or twice to this book. I will also buy the book to have in my personal library.