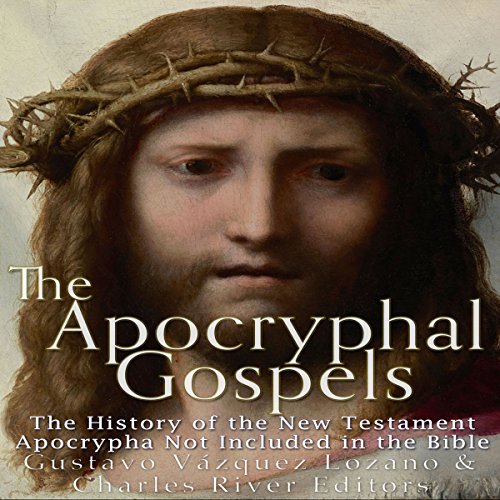 Between 50 and 90 CE, the various writings that comprise the New Testament were written, including the four Gospels, the Acts of the Apostles, the Epistles of Paul, and other letters to more general communities of the early Church. But what is recognized as the 26 books of the New Testament today, in literally hundreds of English translations, actually took several more centuries to be determined as "canonical" by the Church. In fact, it was not until a synod in Rome in 382 that the Church in the West formally adopted a list of the canonical books of the New Testament.

For the intervening three centuries, there was much discussion among different writers over the many manuscripts circulating among the early Christian communities. Many of the manuscripts were anonymously authored by members of early heretical groups of Christians who shaped supposedly inspired writings to provide support for their doctrinal positions. Many more had the veneer of inspired texts because they were attributed to one of the 12 Apostles or Mary, the mother of Jesus; they claimed to offer details of Jesus' life not covered in depth in the four Gospels (such as his infancy and childhood), or the activities of the named apostle, or doctrinal teachings.

The process of determining the Canon of the New Testament was a long one. It involved numerous scholars directed by the teachings of the Church sifting through numerous manuscripts with various attributed authorships. The 29 that made it into the canon were those that passed muster in terms of apostolic authorship and conformity to orthodox Church teaching. Most of those that did not make it in failed on those two accounts. Others were not included because they were judged not to have been written under the inspiration of the Holy Spirit. Whatever the reason they were excluded, the writings that comprise the New Testament Apocrypha, while not inspired scripture, do show something of the context in which the early Church developed its doctrines and its writings.

Even today, not every branch of the Christian church agrees on which writings should be regarded as "canonical" and which are "apocryphal", even though some apocryphal texts often have noticeable links with books regarded as "canonical". Regardless, the New Testament Apocrypha refers to texts written by early Christians that were not included in the Bible used by the main branches of Christianity today. These texts vary in subject matter, with some being accounts of Jesus, others being about the nature of God, and still others being accounts and teachings of Jesus’ apostles. What makes them fascinating is not just the history behind why they are considered non-canonical, but what they tell us about the early Church and early Christianity. Moreover, they offer insight into what sources were used to write them, and whether they shared the same sources as the texts that comprise the Bible today. Given their historical and religious importance, there is still a fierce debate over the authenticity of many of these texts.

What listeners say about The Apocryphal Gospels

Good description of several ancient documents that were not included in the Bible. I appreciated the fact that the author does not draw conclusions as to the truthfulness of the information contained in these documents, but rather just gives the listeners the facts.

A brief overview of just a fraction of the texts. The book falls into the trap of taking discriptions that were purposely vague or figurative as literal. The best thing I've found is to pray for the spirit and let It guide you as you read these books yourself. The fact is that dirt poor individuals spent their little time left on earth writing and hiding these documents up for us to read. They saw the "church fathers" becoming corrupt. Their actions should in itself suggest proper motives. For instance the Nag Hammadi library is a treasure trove of spiritual wisdom. ive found the stranger the story the more likely it is to be true. The gospel of Philip for instance... one must read between the lines which this author doesn't do. That quibble aside It was worth $5.

I feel like ive been robbed. I thought this audio book would of had at least of been like the book of jasher or the book of enoch but it was advertised in a very misleading way.
So little content and nothing you can build on.