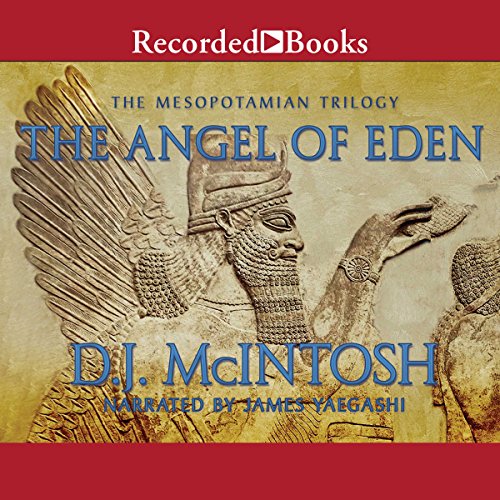 The Angel of Eden

The Angel of Eden

The thrilling conclusion to the Mesopotamian trilogy about the origin of angels and the real location of the lost Garden of Eden.

In 2011, D. J. McIntosh took the book world by storm with her best-selling debut novel, The Witch of Babylon. Praised by The Globe and Mail for its "stellar research" and "superb writing", it introduced its audience to John Madison, a rakish New York art dealer who uncovered a fabulous treasure trove of antiquities in the hills outside Baghdad and the truth behind a famous story long believed to be a myth.

In this highly anticipated conclusion, Madison is hired by a famous magician to find a rare 16th-century book on angel magic and the former assistant who stole it 35 years ago. Madison's quest leads him from the great mosques and churches of Istanbul to the ruins of Pergamon and the temples of the ancient Near East, where he discovers the true location of the Garden of Eden, the nature of angels, and the dark story of his birth.